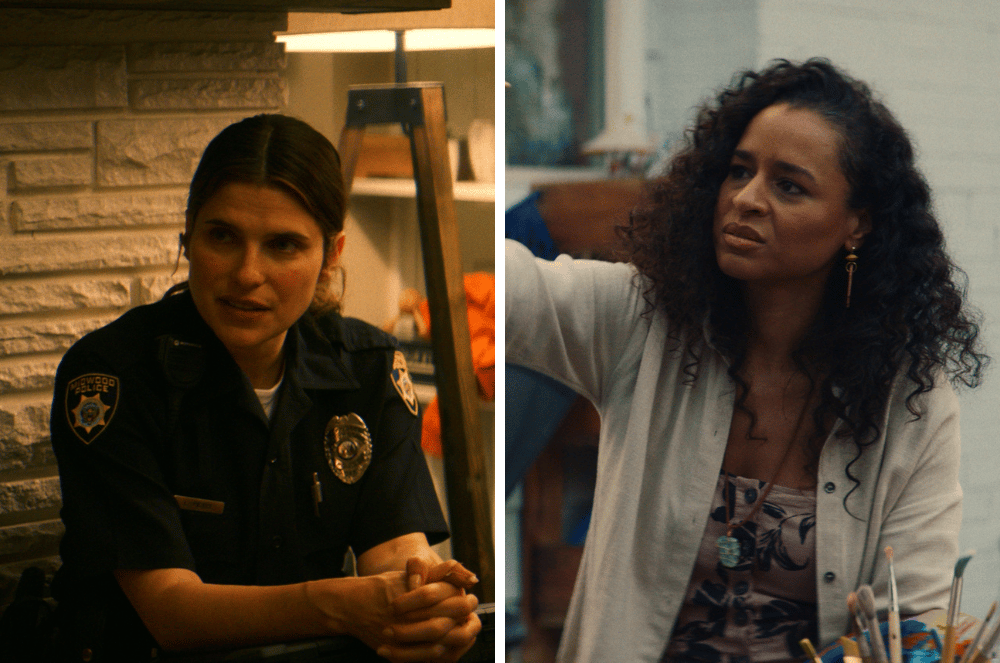 Summering’s lead (adult) actress Lake Bell is having a really interesting year. In James Ponsoldt’s poignant film Summering, she portrays the alcoholic, recently separated single mother to Daisy (Lia Barnett). This is sort of a departure for her, as we rarely see her in this sort of dramatic role. In addition to appearing in Summering, which Bell stressed that she wanted to star in to appeal to her kids, she also directed two of the key episodes of the multiple Emmy-nominated limited series Pam & Tommy, which follows her experience directing episodes of Casual, writing and directing two movies of her own (In a World… and I Do… Until I Don’t) and creating/executive producing/writing/directing the underrated series Bless This Mess.

Meanwhile, Lake’s co-star in the movie, Sarah Cooper, didn’t have a single credit to her name in a dramatic scripted film until appearing in Summering. Cooper plays Karna, the mother of Sanai Victoria’s Lola. On the virtual video junket for the tender movie, Cooper and Bell discussed the importance of it being a female-led movie, how they became real life friends on the set, and how it is described as a sort of modern Stand By Me for all genders and representations. One aspect that really hit home was how the pair are extremely dissimilar in terms of their backgrounds, as Cooper has done mainly comedy and this was her initial dramatic work, and Bell has created a number of shows and features and directed, but both stressed the need for independent cinema. This way, independent cinema is able to produce and nurture movies like Summering, which first debuted at the Sundance Film Festival and we’re inclined to agree.