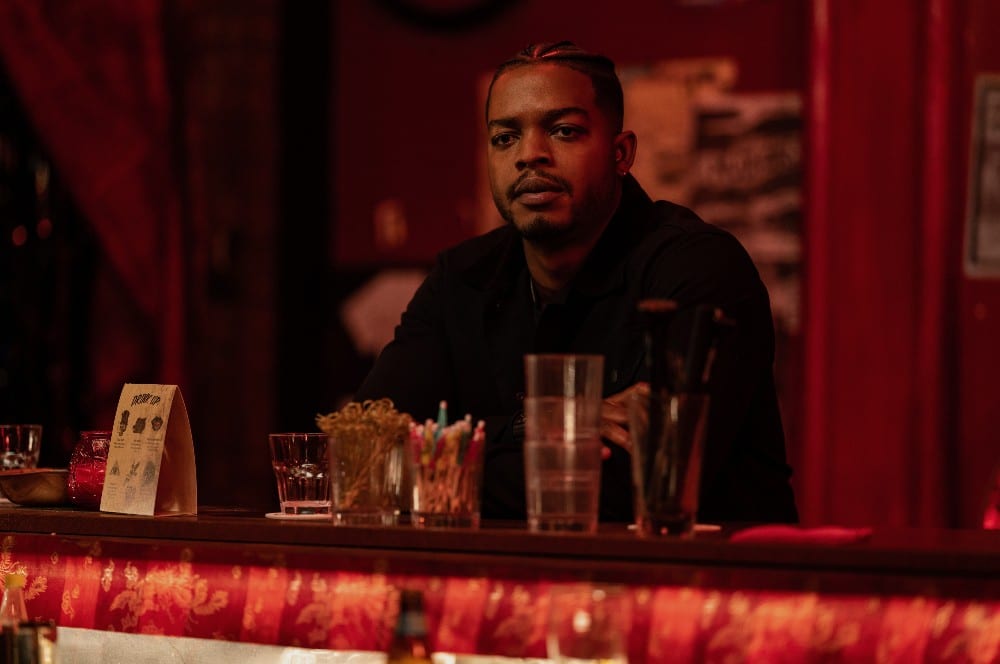 Brief Take has interviewed Stephan James, from Apple TV+’s thrilling (and weekly episodic) series Surface, a number of times previously, as we are such fans of the extremely talented Canadian star (who recently formed a production company, Bay Mills Studios, with brother Shamier Anderson and inked a first look deal with Boat Rocker Studios). However, we have never had the opportunity (until now), to interview the multi-talented James on a virtual video Zoom junket and for such a buzzy project as Surface. The series, which is set in San Francisco (and subbing in is a barely recognizable Vancouver), is the first ever project produced by series star Gugu Mbatha-Raw, which in itself is a tantalizing proposition. Then add in that it originates from Reese Witherspoon’s Hello Sunshine production company and represents a change of pace for Apple TV+, well, we knew that we were going to be on board with it.

Speaking from a hotel in New York City, Stephan James is effusive in his praise for Mbatha Raw, as well as surprisingly, for co-star Oliver Jackson-Cohen, who he calls “Ollie” affectionately. The two men share a complicated relationship on screen and, because of all the twists and turns on the show, we can’t reveal anything more than that about James’ character Baden. The less said about where he fits in this more than a “woman in peril” story, the better. However, we will say that we haven’t seen the adaptable James in a role such as this one, and during our video interview, he mentioned his past formative collaborators such as Barry Jenkins and Ava DuVernay, who provided James with his breakthrough role in her film Selma. What we will also say is that Surface pulled us under and James’ performance was something quite spectacular to behold.


New episodes of Surface are released every Friday on Apple TV+