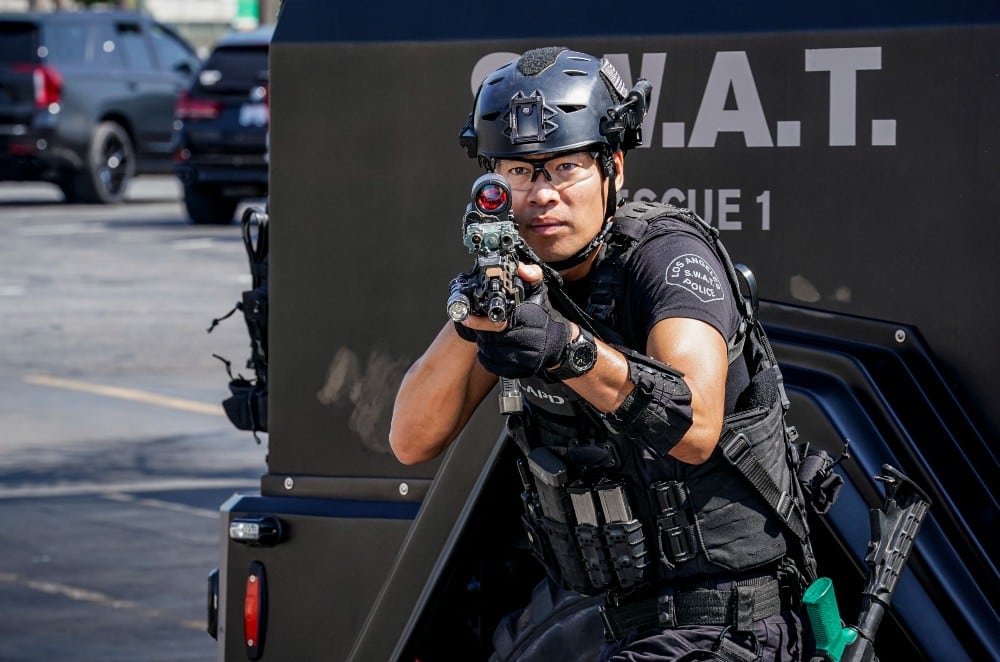 We were thrilled to clear the area (so to speak) to get another chance to speak with David Lim, who plays Officer III Victor Tan, or simply “Tan”, in the hit CBS series S.W.A.T. When we last checked in with the talented actor, Lim was discussing season four, and celebrating a season five pickup for the show, but boy oh boy, has season five brought with it significant upheaval, and with it, we have to wonder what lies in place for the newly married Tan’s sense of loyalty. In addition, Lim, who was again speaking from his office replete with framed photo of him and series star Shemar Moore, also teased the addition of a former flame reappearing in Tan’s orbit, which even further complicates Tan’s ideas of loyalty and teamwork. What does remain though is a real sense of teamwork offscreen, as the series requires a complete group to function, and Lim is quick to praise everyone around him and his sense of dedication to the craft and to the role shows.

New episodes of S.W.A.T. air Fridays at 8/7c on Global and CBS