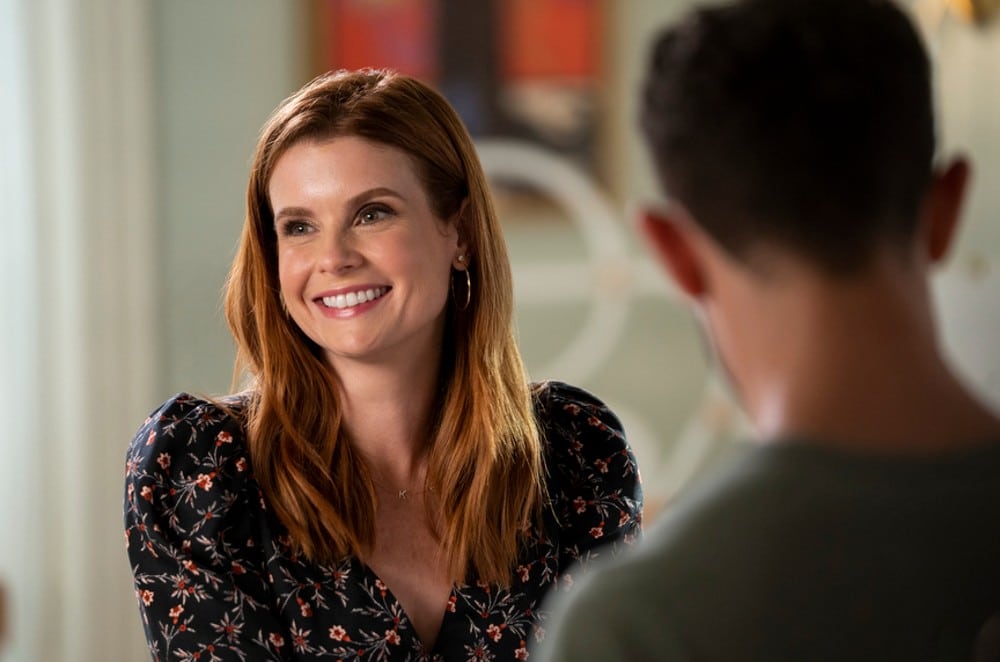 As always, JoAnna Garcia Swisher was absolutely wonderful to chat with in our video interview about the second season of Sweet Magnolias. In fact, we ended up speaking with her co-star Jason Ritter from Kevin (Probably) Saves the World the day after, (as Ritter currently has a series of his own on Netflix, Raising Dion) and, by coincidence, he had previously raved about playing her brother on that series. In short, and we know that you may have heard this one already, but JoAnna Garcia Swisher is remarkably kind and her show continues to resonate with an audience concerned about the goings on of Maddie and her two best friends (Brooke Elliott, Heather Headley) in Serenity, South Carolina. This season ups the stakes a little bit, as there isn’t any sort of a trace of a love triangle between her former husband, Bill (Chris Klein) and mistress turned wife Noreen (Jamie Lynn Spears) as Maddie has graciously forgiven them both and moved on to a relationship of her own with hunky baseball coach Cal (Justin Bruening). The series is like a warm blanket or mug of hot chocolate (or, if one prefers, a round of Margaritas and chips and guacamole), and feels extremely comfortable (one could even say the feeling of Serenity). The Sheryl Woods books present a solid base and the Sheryl J. Anderson-developed series looks to be possibly heading to a season three and beyond. Pouring One Out the first time was great, but check out our Round Two with the sweet as honey JoAnna Garcia Swisher of Netflix’s Sweet Magnolias.