Interview: The Accursed’s cast and director 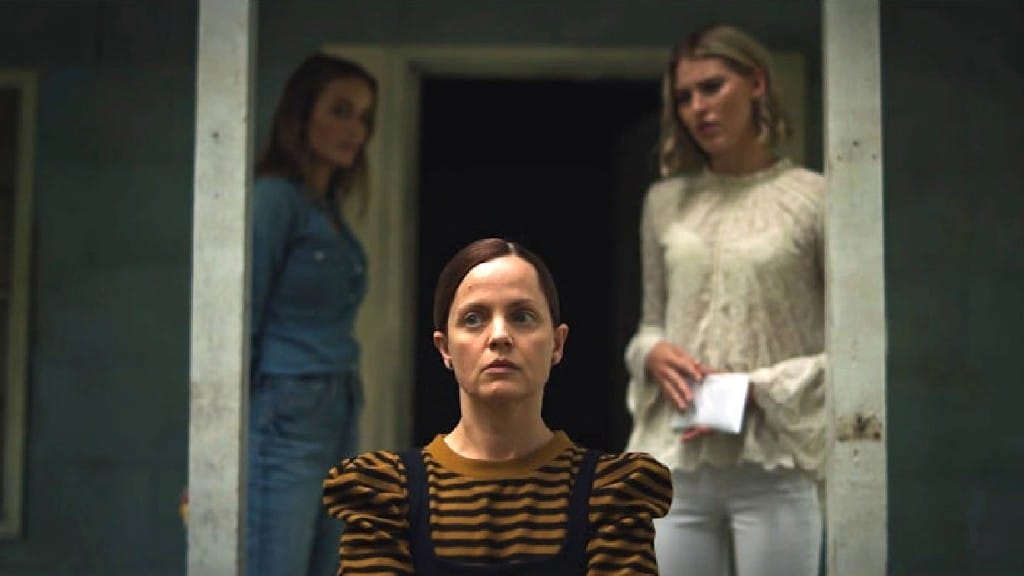 The spine-tingling horror film The Accursed begins with Mary Lynn (played by Pitch Perfect and Phobias star Alexis Knapp) as well as her mute daughter, Sadie (Kai Phillippe-Knapp). This pair then pay a visit to a witch in order to ask for a special curse. If you recognize that the actresses names are similar, this is correct. Kai is actually Alexis’ real-life daughter, a fact that she references more than a few times in our fun group video interview with the cast and director of The Accursed.

Three months later, following the death of her mother, Elly (Sarah Grey, who we previously interviewed for her horror series The Order on Netflix) cleans out her mother’s house with the help of her best friend, Beth (played by Sarah Dumont). Elly is then asked by a friend of her mother’s (the star of Becks and American Beauty Mena Suvari) to take care of an elderly woman (Meg Foster) who is living for a few days in a remote cabin. Elly agrees, but then discovers there is a demon hiding within the woman waiting to break free. Sounds extremely spooky, but also extremely psychological, doesn’t it? Brief Take chatted over Zoom with the three female leads and director of this extremely inventive horror movie. The Accursed stars Sarah Grey, who as mentioned, plays Elly, Alexis Knapp, the aforementioned Mary Lynn, as well as Mena Suvari, who plays the enigmatic character of Alma, and director/producer Kevin Lewis shared their most memorable scenes from this non-traditional horror film. We went around next asking the foursome to reveal to us their favourite all-time scary movies and discuss their dream collaborators. As mentioned earlier, Alexis Knapp opened up extensively about her experience acting opposite her real-life daughter Kai Phillippe-Knapp and talked about a day on set involving horror film icon Meg Foster.