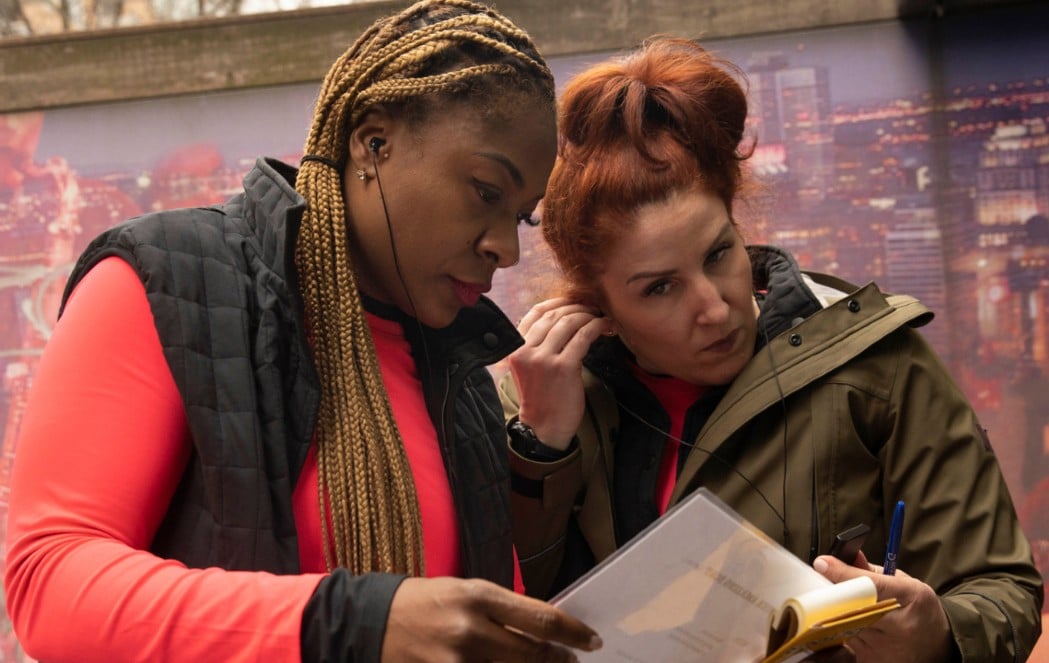 We broke from our mould a little bit (we tend to focus upon scripted television and movies), as the latest season of The Amazing Race Canada was accompanied with a lot of hype, being that it was the first one in three years. What’s more is that the line-up of contestants this year was pretty epic, and early on we zeroed in on one particular pairing that seemed extremely interesting, that of legendary songstress and Canada’s Queen of R&B, Jully Black, and her childhood friend, originally from Regina, Saskatchewan, Kathy Hunter, a director of business development. While our selection of Black and Hunter certainly paid off in terms of entertainment on the series (they absolutely appeared to be having more fun than any team), we were surprised to discover that the dynamic pairing was the first one to be eliminated, as the tricky and winding roads and French language of Old Montreal happened to doom them. No matter, though, not only did we chat with the pair via Zoom video immediately after they were eliminated, but they were extremely positive at reframing the result. Black, in particular, said something about how they did not finish first, but that even making it to that point and competing on behalf of the memories of their mothers happened to be more than enough. This reminded me of Black’s experience on Canada Reads, in which she was in a very polite verbal debate with Jeanne Beker, who went on to win the competition on behalf of her book. Check out that particular clip, which happened to go viral, in which Black didn’t receive the prize that season, but her response to Beker was incredibly memorable. Jully Black and Kathy Hunter are definitely winners in our eyes and click below for more from our candid video interview with The Amazing Race Canada former contestants.