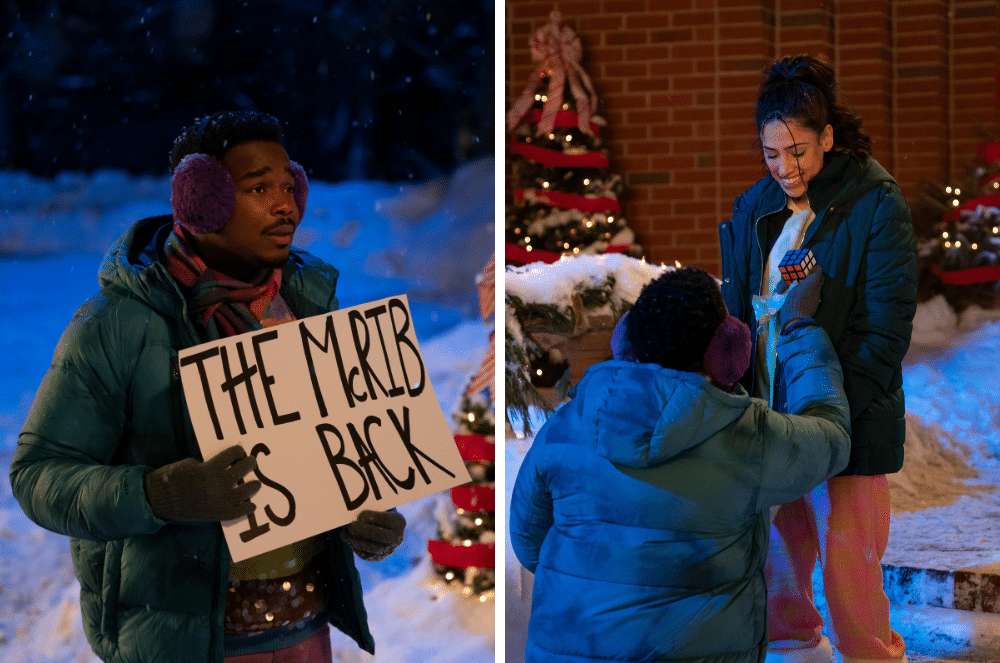 The Binge 2: It’s A Wonderful Binge on Hulu star Dexter Darden (who plays the protagonist Hags) sat down a second time to enthusiastically and hilariously share stories with Brief Take. We also had the opportunity to ask questions of Zainne Saleh, who starred with Darden as Sarah in The Binge, but here takes on a more elevated role for The Binge 2: It’s a Wonderful Binge.

First, let’s start with Dexter Darden as he did kick off the press day with us. This time, he revealed to us why he loves filming in Syracuse and spoke about some of the fun places he went to during downtime from making the hilarious comedy sequel. Darden also discussed what it was like performing with Tim Meadows, The Ladies Man. Darden also revealed the secret as to why he grew a moustache for the role (and it involves soliciting advice from his publicist, agent and manager). Darden also seemed to let it slip that there is more than just a little but of potential for a third movie in the Binge franchise, a threequel, if we might suggest the term. Darden revealed why he’s been binging The White Lotus season two and his connection to The White Lotus star Haley Lu Richardson (she plays Portia on the buzzy HBO series). Dexter Darden then teased his upcoming roles in Chang Can Dunk and following in Dave Chappelle’s footsteps in Half Baked 2.

In our candid interview with The Binge 2 star Zainne Saleh, she spoke about her love for filming in Syracuse and how The Binge sequel movie is bigger and better than the first one. Saleh also talked about a particularly memorable scene in Good Trouble, in which she plays the character of Sanjana, as well as some shows that she watches. Saleh then opened up about how her role in The Binge wasn’t originally written for a South Asian actress but then was changed for her, and she discussed the Muslim holiday in December that she’s looking forward to celebrating.

The Binge 2: It’s A Wonderful Binge is now available to watch on Hulu