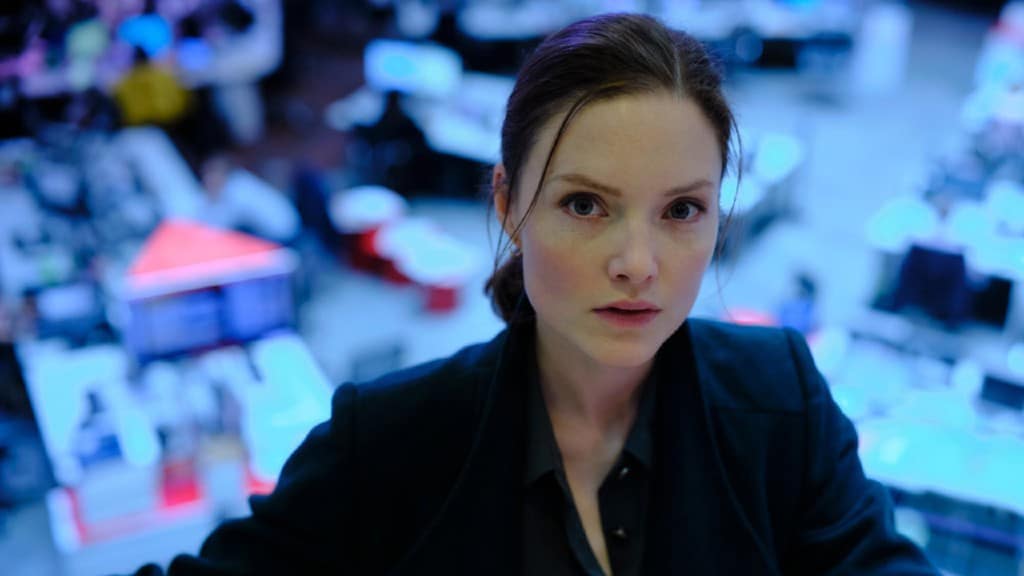 We had previously had the wonderful opportunity to sit down and speak with the bubbly Holliday Grainger for the movie The Finest Hours, co-starring Chris Pine, in Toronto. As well, we noted that she had appeared at the Toronto International Film Festival for 2012’s Great Expectations, 2014’s The Riot Club and 2018’s Tell it to the Bees, each one a movie that has something to say, (and of course, that we watched and were affected by season one of the BBC One / Peacock series The Capture). Therefore we made the effort to secure an exclusive interview with Grainger, who is now the lead of the Ben Chanan-created crime drama / conspiracy thriller.

This year sees the addition of new cast members Paapa Essiedu (I May Destroy You) as Isaac Turner, the high ranking security minister as well as an MP, and Indira Varma (Ellaria Sand in Game of Thrones), playing Khadija Khan, a presenter of Newsnight, an actual news and current affairs program on BBC Two, supplanting Callum Turner and Sophia Brown. But the standout of the show remains Holliday Grainger, who delivers a steely performance as Detective Inspector (and now Detective Chief Inspector) Rachel Carey of the British police service.

In a video interview recorded on Halloween, Grainger chatted with Brief Take about playing DCI Rachel Carey on The Capture season 2, (as the character has evolved from the events of season one). In addition, Grainger provided for us her favourite part of researching the character and her thoughts on DCI Carey’s future, as needless to say the ending of the show was quite ambiguous. Lastly, Grainger describes the feeling that Carey will inevitably turn into her boss, DSU Gemma Garland (played by Lia Williams), no matter what she does to prevent it, and briefly discussed working with Ron Perlman, who plays Frank Napier of the CIA.

If you have yet to catch the show, season two of The Capture once again questions if we can really believe what we see, as Britain is under siege: hacked news feeds, manipulated media, and interference in politics, (which feels a fair bit like the real life U.K. political affair, which Grainger alludes to a few times).

The Capture season two is now available to watch on Peacock