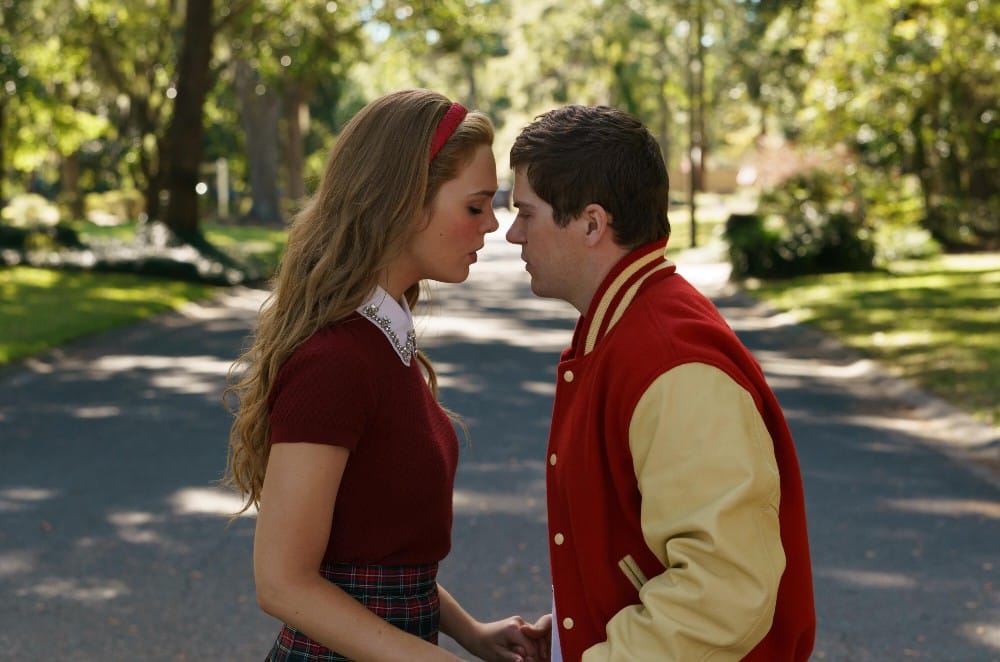 Look, we’re just going to come out and say it: we’re passionate fans of the talented actor-musician Colton Ryan. From his performance in the movie adaptation of Dear Evan Hansen (in which his Connor Murphy was the standout character), from his understudying all three lead male roles (Evan Hansen, Connor Murphy and family friend of Evan Hansen, Jared Kleinman) in the Broadway version, to his performance in the criminally underrated Apple TV+ musical series from Jessie Nelson and Sara Bareilles, Little Voice, in which he exhibited exquisite chemistry opposite The White Lotus‘ Brittany O’Grady as one of her two love interests, (and he also had excellent best friend vibes with romantic rival Sean Teale when paired together in interviews). But more than anything else, we absolutely made sure to reach out to speak with Colton Ryan for the highly anticipated Liz Hannah and Patrick Macmanus true crime series The Girl From Plainville. We first heard about it from co-creator Macmanus, describing that he was on location in Savannah, Georgia, (subbing mostly for outside of Boston, Mass.), while he was promoting true crime series Dr. Death. But while that series had Joshua Jackson in the lead role, this one is clearly a female, that being long time Brief Take favourite Elle Fanning as Michelle Carter. Playing opposite her as the boy from the southern shore, Conrad “Coco” Roy III, is Colton Ryan.

The Girl From Plainville is an absolutely haunting series, but does have a couple of moments of lightness, not the least of which features Ryan and Fanning singing a duet of ‘Can’t Fight This Feeling’, in a nod to Glee‘s cover of the Foreigner song in its pilot episode, (Fanning’s Carter is obsessed with Glee). Between this series and his previous memorable work on stage in Alice by Heart and Girl from the North Country, we know that Colton Ryan’s star is on the rise.

New episodes of The Girl from Plainville air Thursdays at 9pm on the W network in Canada. The full limited series is now available to stream on Hulu in the U.S.