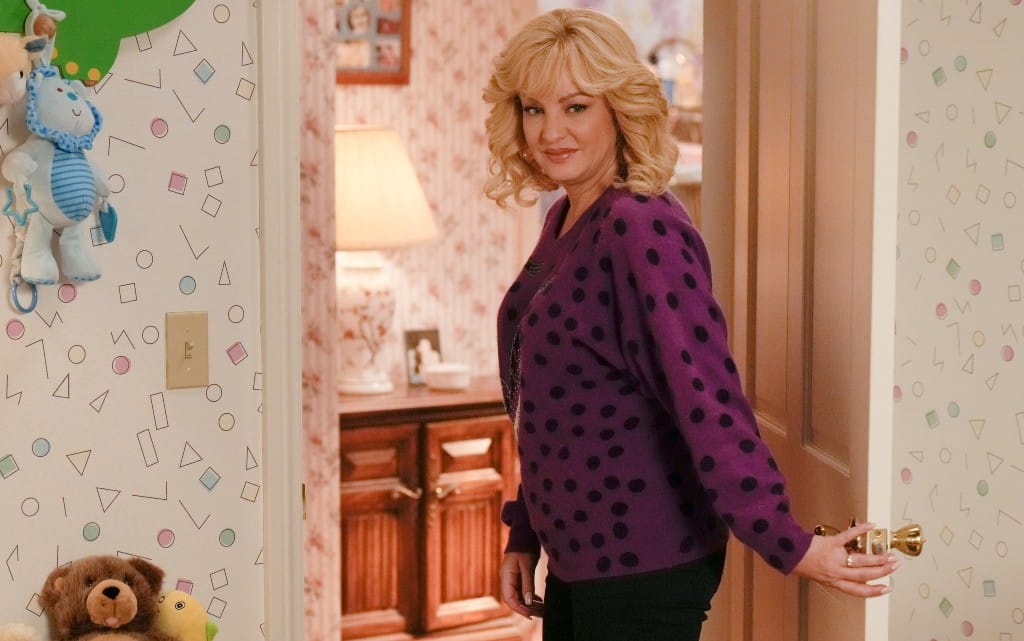 In an exclusive video interview, The Goldbergs star/executive producer Wendi McLendon-Covey chatted with me about playing matriarch and real person Beverly Goldberg on this beloved sitcom for 10 seasons, (in fact, this interview was timed to this year being the historic tenth season of the show). Wendi McLendon-Covey revealed to me some of her favourite all-time episodes of The Goldbergs, singling out a few gems including Season 5’s Dinner with the Goldbergs, which I cited as an all-timer, as well as Oates & Oates from Season 7, a memorable one in which Barry (Troy Gentile) and Adam (Sean Giambrone) both arrive dressed as Oates, (and featured an appearance from the real-life John Oates as well). Of course, this being The Goldbergs, we had to talk about some of Beverly’s most memorable outfits (and especially the sweaters!), while McLendon-Covey revealed that she did not even consider holding on to one of these pieces herself, as she has already lived through the 1980’s, why would she need to do so again, (although she once appeared in character at a particularly memorable TCA presentation for the series). McLendon-Covey also made sure to mention how much she enjoys working with her television daughter Hayley Orrantia, who plays Erica Goldberg, who recently birthed a baby that has been named Muriel Alison Goldberg Schwartz, after Murray and Pop. Fittingly, McLendon-Covey reminisced about the late George Segal, the portrayer of Pop for many years. McLendon-Covey also previewed what may be upcoming in this historic tenth season for Bev and the rest of the Goldberg family in the upcoming season 10 episodes, exclusively hinting that it may involve Beverly dating (!) as well as what she promises will be an extremely memorable Thanksgiving episode.


New episodes of The Goldbergs air on Wednesdays at 8:30pm ET on ABC