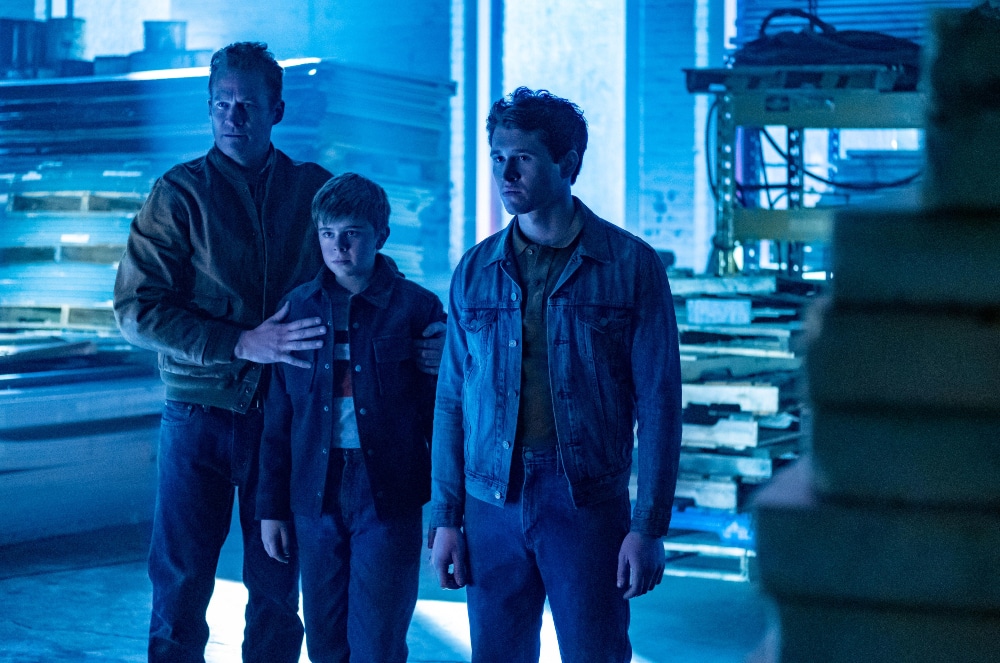 No matter what your age, I guarantee that you’ll love The Hardy Boys tv series. To be honest, I didn’t know what to expect from the show before I first started watching it, and it turned out to be one of my favourite and most captivating watches of the pandemic. (Yes, I had read many of the mysteries in The Hardy Boys book series in my younger years and have been an on-again/off-again viewer of Nancy Drew on W Network, yet this series still manages to feel like a fresh and wholly original entity)

The series unfolds after a family tragedy strikes, when Frank Hardy (Rohan Campbell), 16, and his brother Joe (Alexander Elliot), 12, are forced to move from the big city to their parent’s hometown of Bridgeport for the summer. Frank and Joe’s quiet summer quickly comes to a halt when they discover their dad, detective Fenton Hardy (James Tupper) has taken on a secret investigation, leading the boys to take it upon themselves to start an investigation of their own, and suddenly everyone in town is a suspect.

Usually I pride myself on foretelling the conclusions of whodunits, but even I was kept in suspense and on the edge of my seat throughout all the twists and turns (some of them supernatural) in the 13 episode series. With an all Canadian cast (the show was filmed in Toronto and Southern Ontario), this is definitely a series that Canadians can take great pride in and enjoy with their entire families.

Before the show premiered on Hulu in the States in December, I had the opportunity to chat with series star James Tupper, Rohan Campbell and Alexander Elliot about their memories of filming in Toronto, and what they’d been binge watching lately (with an incredibly honest take on The Crown by Alexander).

The Hardy Boys premieres Friday, March 5 at 9pm ET/PT on YTV. Canadians can also stream The Hardy Boys live and on demand on STACKTV with Amazon Prime Video Channels.