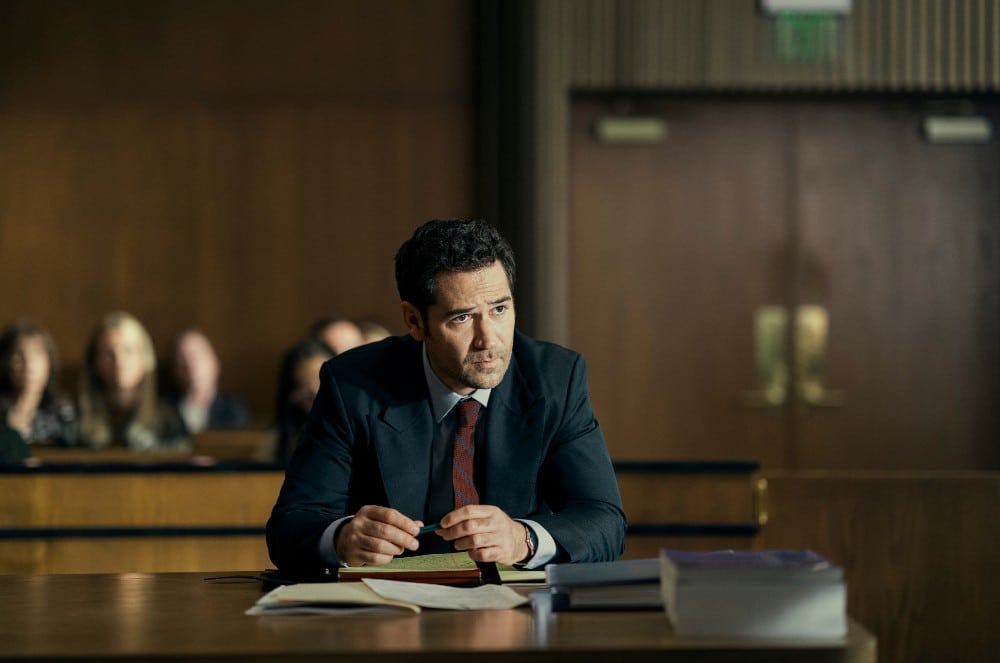 The Lincoln Lawyer is making a tremendous impact on Netflix, being streamed to the point that it is the number one series, supplanting Ozark. Part of this is because David E. Kelley has a hand in the series and he seems to be a hitmaker with shows that are legal in nature. As well, fans of the Michael Connelly book series featuring unconventional lawyer Mickey Haller (and half brother of his cop character Harry Bosch) who works out of a Lincoln town car certainly has its fans. But we can suspect that a huge part of the success of the series was the decision after CBS had decided to not go through with the show because of COVID, to move it to Netflix and most importantly, to recast Mickey Haller to be Latinx. And even more than this, it was to find the correct actor to embody Haller, and this man happened to be Mexican actor Manuel Garcia-Rulfo, previously seen on Netflix in the Michael Bay action movie 6 Underground. Garcia-Rulfo is an incredible talent and runs with the part of Mickey Haller, even taking surfing lessons to better portray the character. Moreover, there are a number of legal terms on the series that Garcia-Rulfo wanted to pronounce correctly, with English not being his first language, he made sure to study up on them for a while.

In our video junket interview, the actor could not have been any more personable and fun, sharing his process and a little bit about his audition for the show. He also got into the shows and movies that he has been watching recently, and one was the popular movie Everything Everywhere All at Once and the second was another Netflix series that has been front and centre for a lot of viewers in a slightly different genre than courtroom drama, Peaky Blinders, which Garcia-Rulfo shared with us that he has been streaming for the first time from the beginning.

The Lincoln Lawyer is now streaming on Netflix