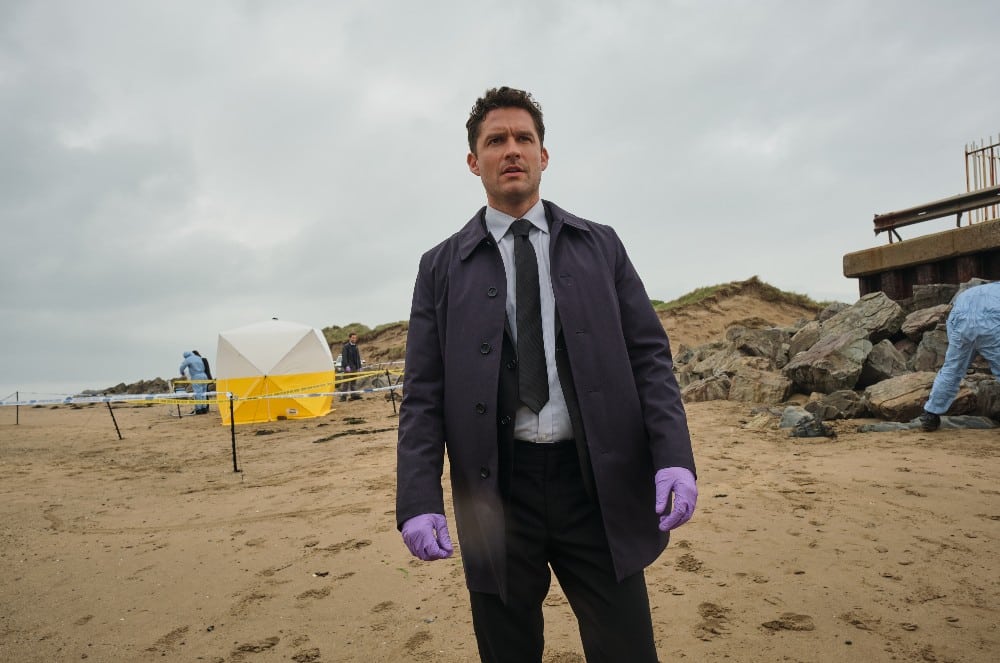 Ben Aldridge has long been a favourite (who can forget Arsehole guy from Fleabag, not to mention appearances in Reign and starring roles in American Psycho the Musical and as Thomas Wayne in Pennyworth?!). But The Long Call, which is now available on BritBox, represents a new kind of project for the humble and friendly Aldridge. As the limited series is a mystery set in the British countryside that seemingly coincides with the rumblings of an insidious religious group, many themes hit home for the formerly practicing Aldridge, also from the English countryside. And while his detective character, along with many of the creatives on the show, are LGBTQ+, this is one of the first times the proudly out Aldridge has had the opportunity to explore subject matter on screen like this, which is quite important to the actor. He will next be seen in a project that means a lot to us, an adaptation of Michael Ausiello’s book Spoiler Alert, set to film in New York.

The Long Call is now available on BritBox