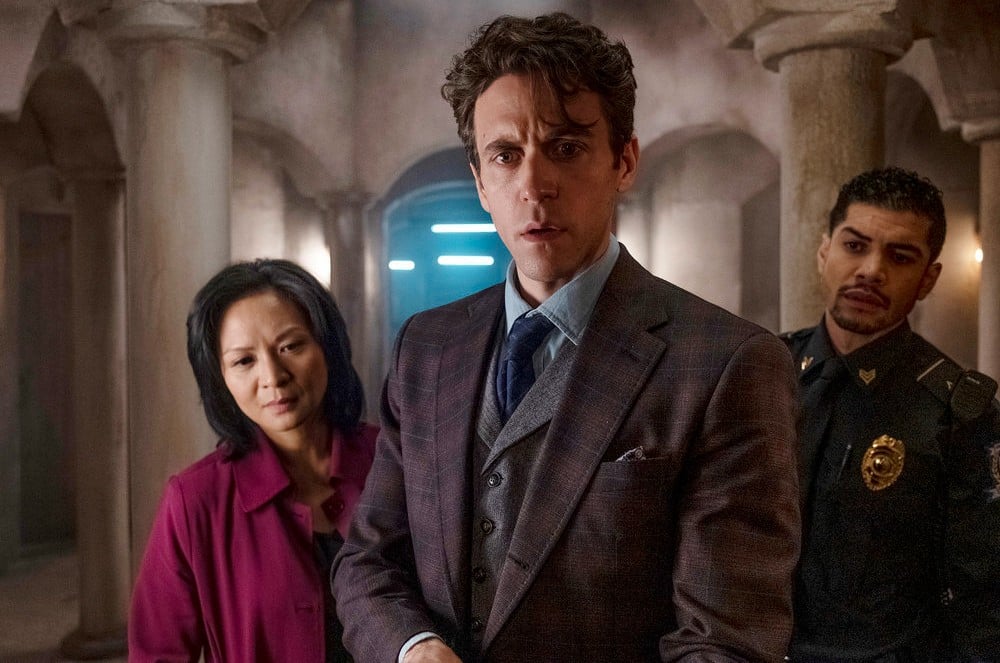 Ashley Zukerman is so so good (Goode, you might say even), in the Fear Street trilogy, through which we tore this past summer. In addition, his memorable stints in Succession and Masters of Sex led us to want to speak to the talented thespian all the more for his starring turn as Robert Langdon in Dan Brown’s The Lost Symbol, and lo and behold, whether through magic or science or both, it happened. Zukerman is a new kind of hero, not so much Indiana Jones, (although he does talk about it), but more an unformed Langdon that is searching to find the portal that has swallowed up his mentor Peter Solomon, played by Eddie Izzard. Zukerman was also extremely buoyant in praise for his co-star Valorie Curry (who portrays Solomon’s daughter Katherine).