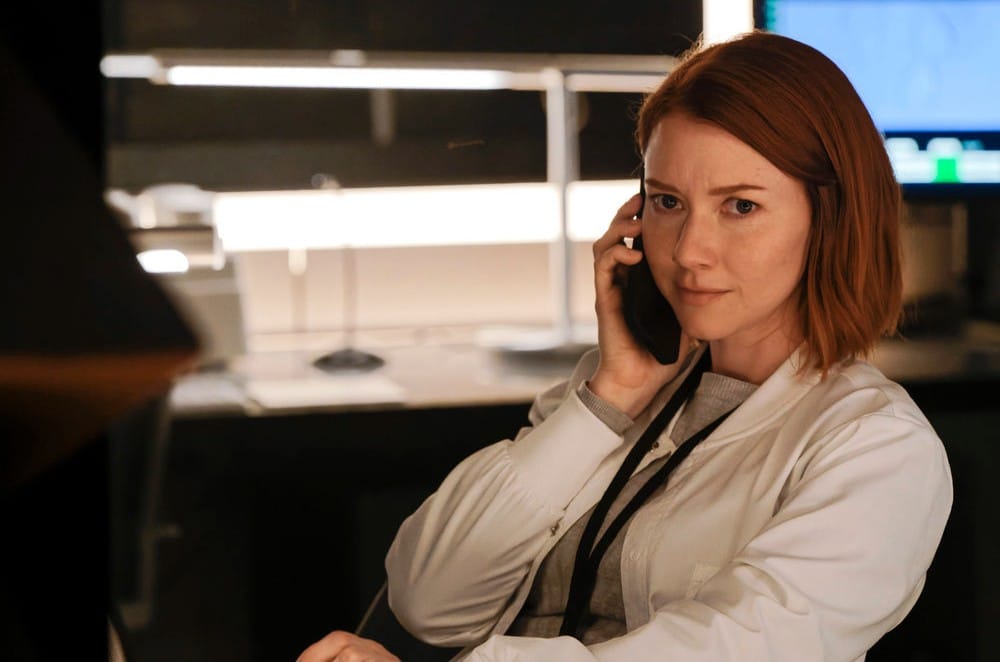 Prior to our interview with Dan Brown’s The Lost Symbol‘s transcendent Valorie Curry, we mentioned how the meeting felt fated, as we just so happened to walk by the series filming very recently. But more than that, Curry was on our radar from her exceptional performances in The Tick, Blair Witch, Ewan McGregor’s American Pastoral, The Following, (and yes, gaming fans, Detroit: Become Human). All of that being said, it was mainly because we caught the first three episodes of The Lost Symbol (which has an incredible pilot directed by Dan Trachtenberg), and Curry is riveting as noetic scientist Katherine Solomon. In our one-on-one video interview, Curry provided a pretty deep dive into her character development, and interestingly, we had to find a break in the production schedule as she is currently shooting the mystery about (much more) than the Masonic order.