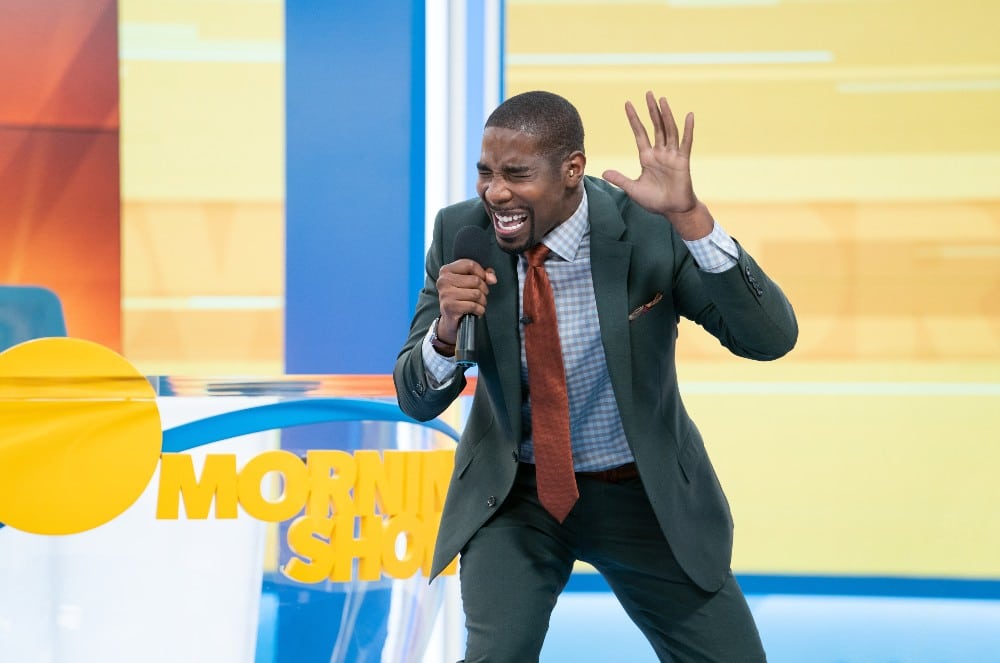 Within a couple of minutes of hearing from the talented and beyond generous portrayer of Daniel Henderson on Apple TV+’s The Morning Show, you’ll be thinking the same thing as we did- that Desean Terry is the man! We were delighted to hear in-depth details about Terry’s spirited performance of Neil Diamond’s ‘America’ in episode four of this season, but there was also much to discuss regarding the scene where he’s told that he lacks the ‘It’ factor. We also delved into his personal relationships with co-stars Mark Duplass and Karen Pittman, and we also previewed Terry’s upcoming project, directing an opera (yes, really) about The Central Park Five.