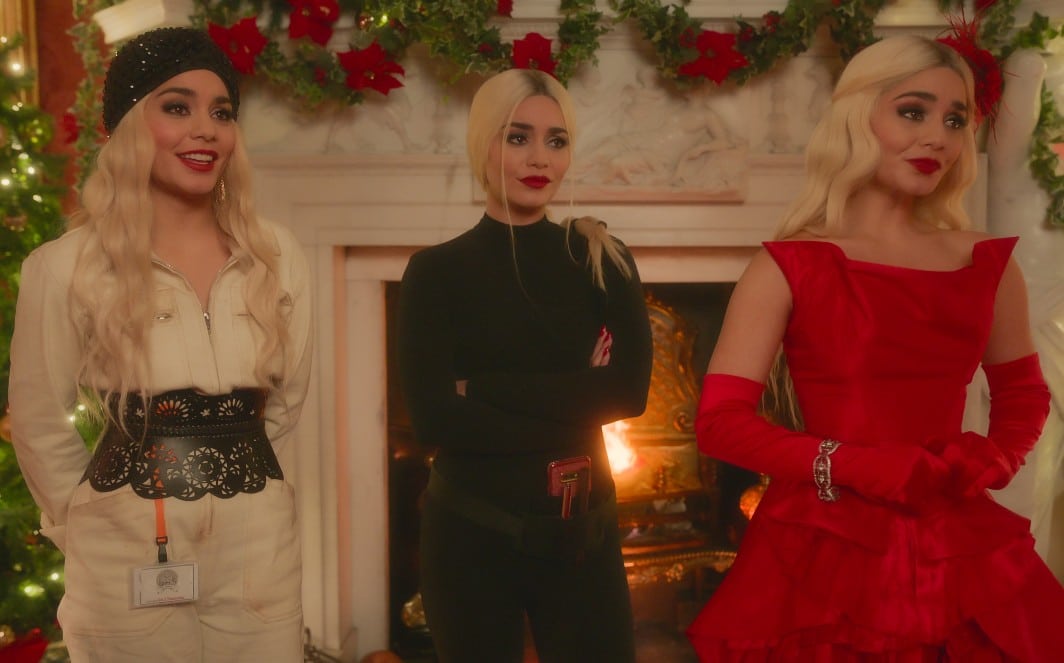 It has been a whirlwind fall (and winter) for the glorious Vanessa Hudgens, especially in regards to movies on Netflix. There was the September sleeper hit that was My Little Pony: A New Generation, which heard Hudgens voicing Sunny Scarscout, a pony-turned-alicorn in the peppy charmer. And this very same weekend, her star turn as Karessa Johnson in Lin-Manuel Miranda’s Tick, Tick… Boom! debuts after a theatrical run. As the centrepiece of the season, and the reason for Brief Take at last speaking to the mega talented multi-hyphenate, is The Princess Switch 3: Romancing the Star, which has arrived to light up the holiday season. And appropriately in this threequel, the star (and producer) plays three distinct roles, the Princess (now Queen) Margaret, the Lady (and former baker) Stacy, and the conniving but highly entertaining cousin to Margaret, Fiona. And our favourite co-stars all return, including Sam Palladio as Prince Edward acting opposite all three Vanessa Hudgens-es. Speaking with Hudgens from a bright pink room was a delight and she spread all kinds of Christmas joy with us on the exclusive Netflix holiday junket.

The Princess Switch 3: Romancing the Star is now streaming on Netflix