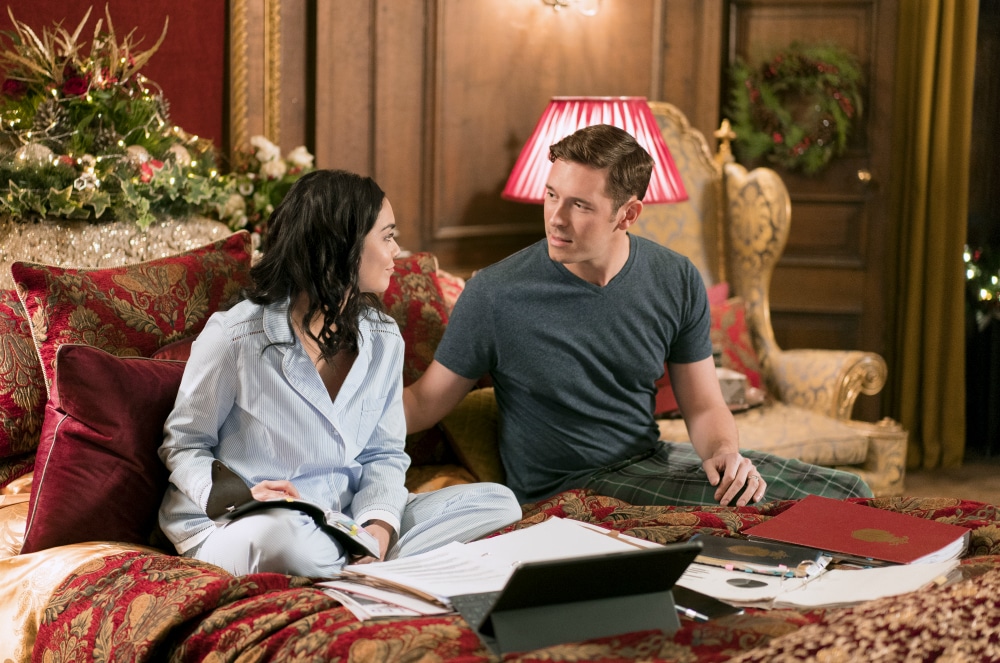 Singer-songwriter-actor Sam Palladio (Nashville, and soon to be seen in the Erin Brockovich-inspired show Rebel) is back as the sweet-natured Prince Edward opposite Vanessa Hudgens (now with two doppelgängers) in The Princess Switch: Switched Again. Also, after contributing several songs to The Princess Switch soundtrack, he’s combined songwriting forces with his real-life love Cassadee Pope and they’ve produced a modern holiday classic with ‘Under the Tree’ (which plays in the final moments of the delightful Netflix movie).

I recently had the opportunity to chat over Zoom video with the very talented Sam Palladio about his favourite scenes from the Princess Switch sequel (his most favourite will surprise you), his songwriting process, and acting opposite Vanessa Hudgens.

The Princess Switch: Switched Again is now streaming on Netflix