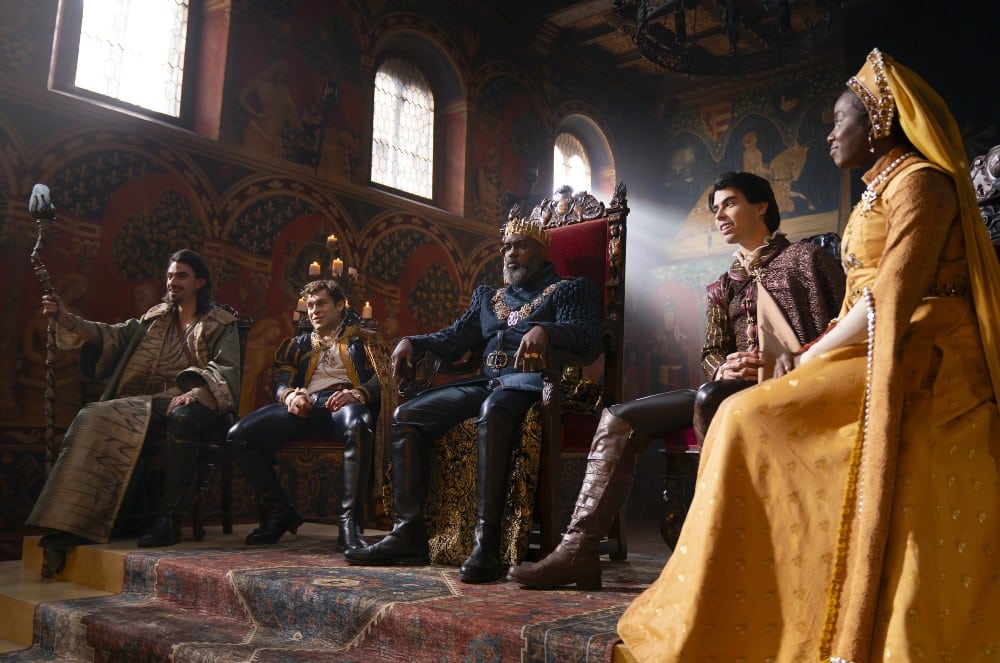 This was a really fun video interview, as we spent a good amount of time with up-and-coming talent Elliott Ross who helped us get at the heart of his new Disney+ series The Quest. It is a reality scripted hybrid series from the producers of The Lord of the Rings, The Amazing Race, and Queer Eye. The show is set in Everealm, which is ‘filled with unrivalled beauty magic”, (seriously, the castle setting is absolutely stunning). Among a whole host of characters there is Elliott Ross portraying Prince Cedric, a sort of Jaime Lannister clone without any of the charm. Most of the interactions that the audience sees at first of the Prince are that of a petulant child, and the body language and general sneer that emanates from Ross suggests that this Prince may not be charming. However, in the hybrid spirit of the series, the hero is one of eight real-life kids, known as Paladins (Ross stresses that these are real teens and not actors), who have come from all over the land to seek to unlock the mysteries of the realm and restore balance to Everealm by completing a series of challenges. Picture a group of ordinary teens dropped on The Lord of the Rings competing in a scripted world in an interactive format, and this makes up the heart of The Quest. What surprised us the most about Ross is how different he is from Prince Cedric. As a bonus, Ross also spoke about his fascinating work in the upcoming Apple TV+ series Masters of the Air, produced by Steven Spielberg. He then segued into a discussion of his own writing work, crafting a script that touches on themes exploring modern patriarchal masculinity, and somehow, Ross managed to tie together both Prince Cedric of The Quest and the strong maleness present at work in the stunning Masters of the Air together with his own work and how each of his characters could potentially look inside themselves and explore their own issues of what it means to be male in a contemporary era, (or in the medieval realm or in times of war). This is all fascinating stuff so click below for more from Elliott Ross of The Quest.

The Quest is now available to watch on Disney+