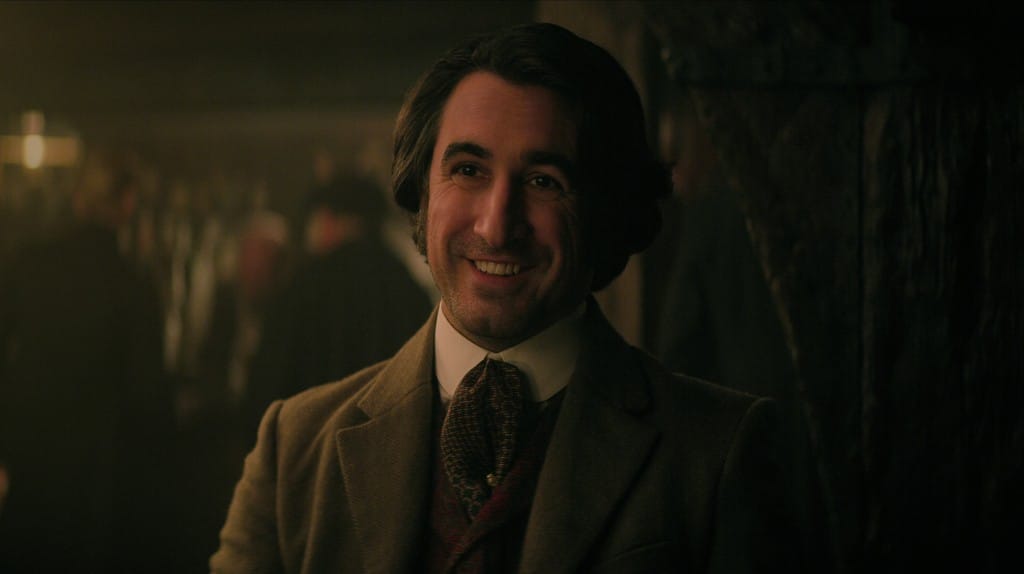 The Sandman‘s Ferdinand Kingsley was a fascinating feature subject in our video interview for the Netflix series adaptation of Neil Gaiman’s graphic novel series. Based on the viewing numbers, this seems to be the series for Netflix this summer and the sort of fragmented approach to each episode, highlighting and featuring different characters amidst many standalone episodes, makes The Sandman an extremely memorable watch and Kingsley one of the standout performers for whom to watch out. Of course, Kingsley isn’t exactly a noob, having previously starred in another extremely anticipated Netflix series, that being the David Fincher adaptation of his father’s long gestating screenplay, Jack Fincher’s examination of Mank, in which the talented an chameleonic Kingsley portrayed mogul Irving J. Thalberg. Oh, and you might have heard of Ferdinand Kingsley’s father, as it happens to be Sir Ben Kingsley. In fact, when he was recounting a beloved childhood memory of growing up with the Neil Gaiman series, it is really interesting to think that the father in the story is the actor behind Mahatma Gandhi. Of course, Ferdinand Kingsley is an acting force to be reckoned with as well and is a highlight of Netflix’s The Sandman as Hob Gadling.


The Sandman is now streaming on Netflix