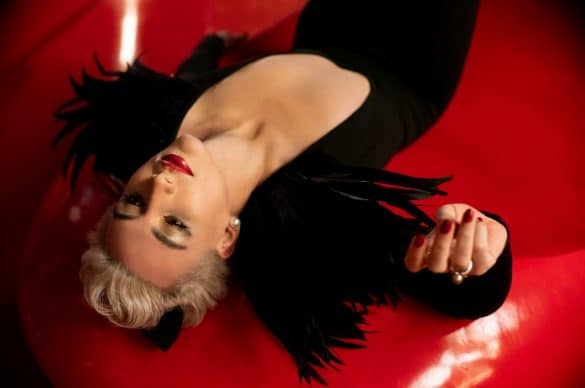 Mason Alexander Park pops up in almost everything that is of greatest interest to us, including their role as Desire, one of the siblings of Dream (played by Tom Sturridge), in the highly anticipated Netflix fantasy drama series The Sandman, based on the beloved comic book series by Neil Gaiman. But of course this was simply one show in which Mason Alexander Park appears, as they are in the Netflix series Cowboy Bebop as Gren, another series adaptation that we admired (and sadly ended after one season), but also as Hedwig in the U.S. tour of Hedwig and the Angry Inch, which piqued our interest greatly as the co-creator and original performer of Hedwig, John Cameron Mitchell, also appears in this series as well. The Sandman is the  type of series that astounds in terms of how each character gets their own episode to shine and in which to explore different themes. Desire (as well as John Cameron Mitchell’s Hal) appears toward the middle episodes of the series so stay with it at all costs (this is a pretty epic series in terms of different threads but also feels pretty intimate in places as well). As for what we were hinting at earlier as well, we had noticed that Mason Alexander Park was cast in the Quantum Leap sequel series, an extremely ambitious and long-awaited continuation as it has been almost 30 years since the original last aired. Park was thrilled to share about their involvement in the series as well as discuss how they’re big fans of Star Wars and the Obi-Wan Kenobi series, which may be how they tend to gravitate to projects like The Sandman and Quantum Leap.

If you Desire to see more of Mason Alexander Park (and who doesn’t?!), watch our candid interview here: