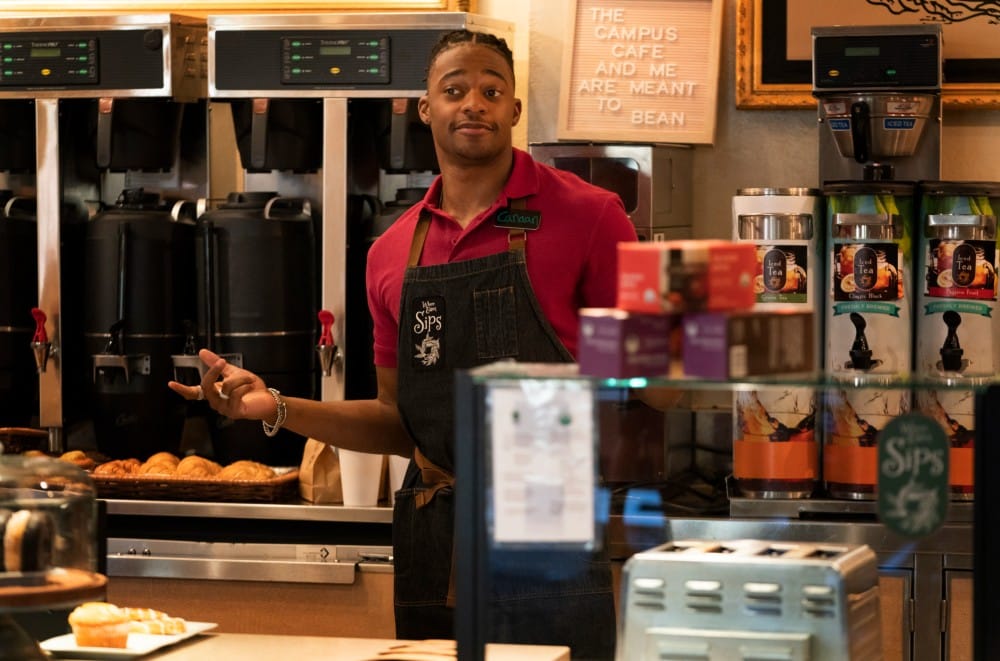 The Sex Lives of College Girls is as tonally aware as we’ve seen this year in a series. The Justin Noble and Mindy Kaling show is about a foursome of strong women, played by Pauline Chalamet (yes, the sister of Timothee), Canadian Amrit Kaur, Reneé Rapp and Alyah Chanelle Scott, taking place at fictional Essex College. Of course, the women lead but here’s the boys. Gavin Leatherwood is Nico, Leighton’s (Rapp’s) brother, and Christopher Meyer, who we know from Kicks and 2020’s All Day and a Night, is Canaan. Speaking with Meyer exclusively through Zoom video from Los Angeles, we learned the rising star speaks French and has a stage background, connecting him with both Chalamet as well as Rapp and Scott. In fact, Meyer shared what he enjoyed about playing scenes as Canaan opposite a wide-eyed Chalamet as Kimberly, who has come from a small town and now they work together at a campus coffee shop. Christopher Meyer also ventured into Kaling’s history and revealed a surprise inspiration for his portrayal of Canaan.

The Sex Lives of College Girls’ ten-episode series continues with three new episodes on November 25 and December 2 on HBO Max and Crave, leading up to the final two episodes of the season.