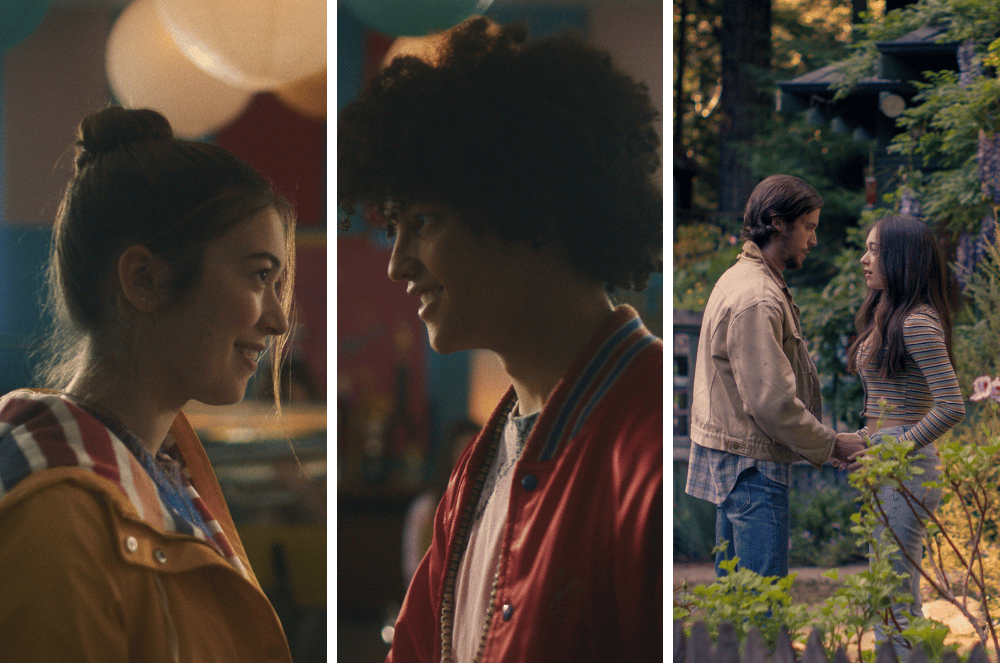 The Sky is Everywhere, the type of film that needs to be experienced as much as watched, features three extremely talented performers as the leads, with relative newcomer Grace Kaufman as Lennie Walker, a character that is shaken by the death of her older sister Bailey (Havana Rose Liu), a character that is both more outgoing than Lennie, but also a stabilizing figure in her life. Rounding out the main leads are Jacques Colimon (previously seen in the ironically cancelled because of the pandemic YA post-apocalyptic Netflix series The Society) as Joe Fontaine, a musical prodigy and suitable match for Lennie, as well as Dickinson’s Pico Alexander as the older Toby, who was the boyfriend of her older sister. In a way, the film subverts the YA genre and the idea of a young girl with two potential suitors, and does this with a sense of Grace (pun intended), but also with really sensitive, ethereal performances from its leads. Brief Take chatted on Zoom video with the talented trio of Grace Kaufman, Jacques Colimon and Pico Alexander and discussed the role that music plays in each of their lives, how the movie changed and affected them, and also what shows made them feel as alive as this film. Please do check out The Sky is Everywhere and watch below for a touching, introspective interview with this film’s leads.

The Sky is Everywhere is now streaming on Apple TV+