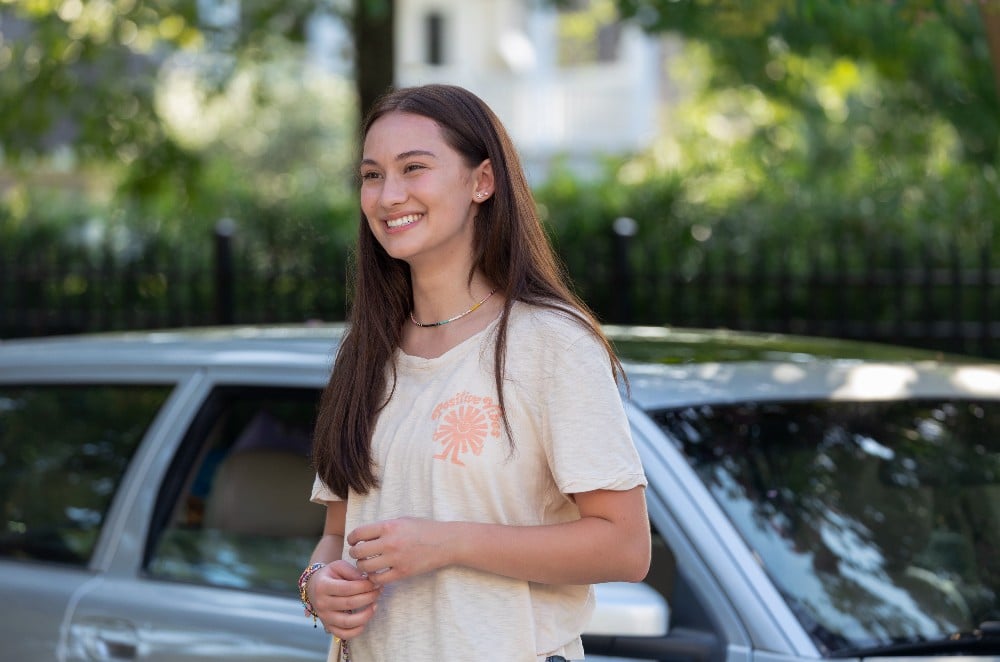 When it was announced that the Jenny Han adaptation of The Summer I Turned Pretty (featuring Han as the co-showrunner) was going to become a series for Prime Video (and already renewed for a second season before streaming a single episode!), it was assumed that a well-known talent was going to play the lead. Surprisingly, however, the actress announced to play Isabel “Belly” Conklin was newcomer Lola Tung, in her first ever screen role. But Tung is a revelation as Belly, seeming extremely natural and at ease in front of the camera in a role that balances sweetness and immaturity. It is very evident that Tung was the ideal choice to play Belly, and therefore we set about looking for Tung to participate in an exclusive one-on-one video interview for The Summer I Turned Pretty (as this is her first role, this was also Tung’s initial press junket). But as she was in the series, Tung was ready and eager to handle every question that we threw at her, from her favourite scenes with actors playing the pair of brothers that grew up with Belly, Conrad and Jeremiah, Christopher Briney and Gavin Casalegno, to her excitement over the already announced season two of the show. Tung discussed how she was already familiar with the series of books, but that this series is a more modern and up to date adaptation of the beloved Han books. As well, we just had to ask Tung how she felt about one of her obsessions, the Prime Video series Fleabag, how creator and series star Phoebe Waller-Bridge is a role model of hers, and through discovering Tung’s exceptional work on the series as Belly, supporters of the first-time screen actress are going to discover her as well. She remained exceptionally humble and truly excited for the fans and the upcoming reaction to this Wilmington, North Carolina-filmed series. This show is based in reality but also has the feeling of being summer-y and a little magical. You will feel a little bit of that magic, too, when watching the interview below with the poised and delightful Lola Tung of The Summer I Turned Pretty.