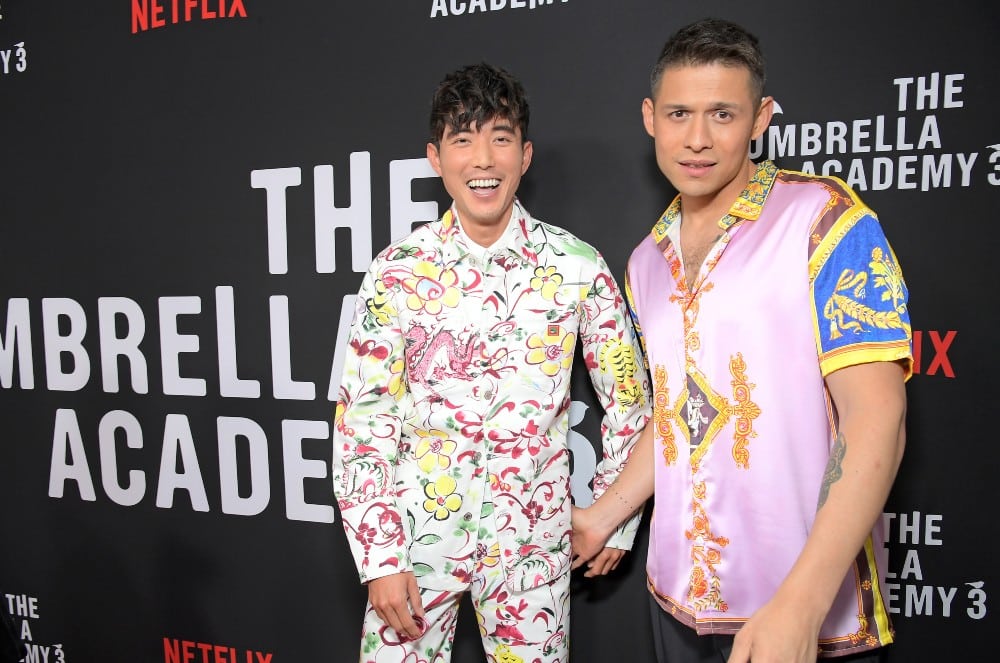 While we were thrilled to previously have had the opportunity to speak with The Umbrella Academy‘s David Castañeda, (Diego / The Kraken) and Justin H. Min (Ben / The Horror), until now we had not had the chance to interview this pair of on screen brothers together. Remarkably and coincidentally, the giving actors have been both recently named as ambassadors, Min for his work with UNICEF as a UN Ambassador, and Castañeda for Refugio 343, timed to World Refugee Day. Aside from being great humanitarians, this pairing of Min and Castañeda is quite funny and both actors seemed on the cusp of cracking up but managing to keep it together for our upbeat video interview.

A new addition to The Umbrella Academy this season is Javon “Wanna” Walton, who previously portrayed Ashtray on Euphoria and got his start as a child boxer on Instagram. As Castañeda is also a boxer, having detailed how important combat sports are to him on the cusp of the second season of The Umbrella Academy, Castañeda and Walton bonded naturally over their mutual love of boxing. Castañeda described the process of Walton punching his hands in between takes and those hands pulsing for the remainder of the scenes.

Also, and no spoilers, but it is revealed early on that Ben (Min’s character) is not simply an Umbrella Academy member and happens to be, you know, alive. When the Umbrella Academy travels back to their world, it has changed and they’ve been replaced by The Sparrow Academy, who possess a not dead Ben as a member. Therefore, we asked Min to describe the stylish Sparrow uniforms, and he shared that they were in fact so tight that it required three people to put them on him, (but a single person to take them off, chimed in Castañeda helpfully). The clearly stylish Min then gave a shout out to the show’s costumer designer Christopher Hargadon for creating from scratch the leather uniforms for The Sparrow Academy. It is clear that though Ben and Diego have at various times in the series been quite unhappy, the actors are full of joy and are a ton of fun paired with each other.

The Umbrella Academy season 3 is now streaming on Netflix