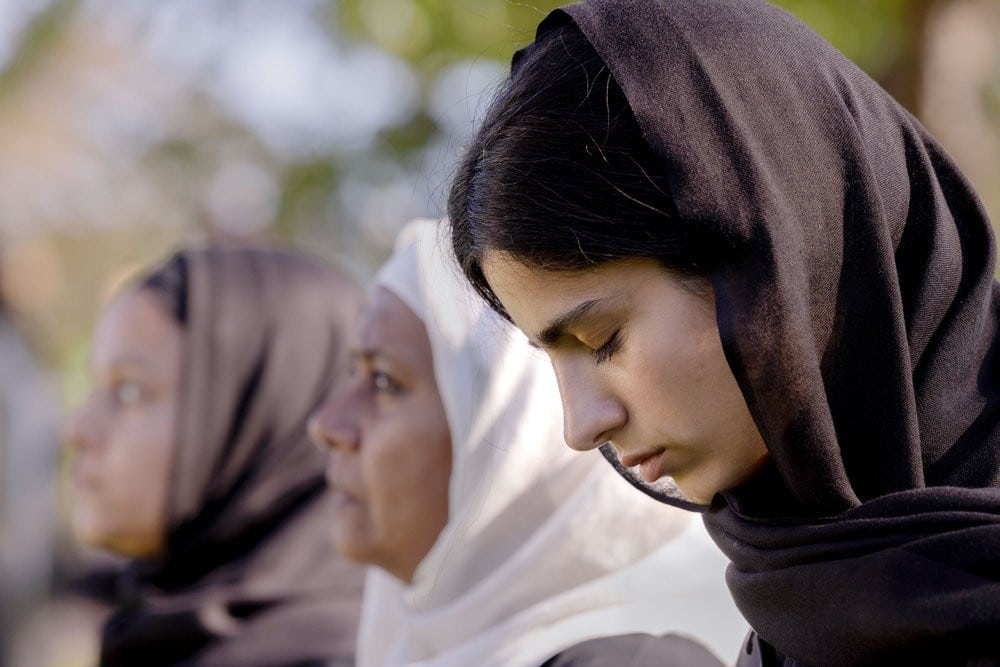 The lead of The Undeclared War, Hannah Khalique-Brown, feels like a breakout star in every single way. On an exclusive junket invite for the Peacock series, we had the chance to chat with the U.K.-based actress, who plays Saara Parvin in the Peter Kosminsky (Wolf Hall)-created series. If you have ever felt as though you’ve had a terrible first day on the job, it’s probably nothing compared to that of Saara, who comes to work at GCHQ only to discover that there is an imminent cyberattack from the Russians. It’s probably worth mentioning at this time that the show is set in the near future, in 2024. Sadly, the pandemic is still happening, but there are a lot of changes, one of which is that in this version of the future, the Russia-led invasion of the Ukraine did not take place, as the series was filmed in 2021.

On the series, the U.K. is a target of the Russians, and even though it’s her first day working there, Khalique-Brown’s character Saara has a way to defend against the cyberattack, as well as having an intimate link to the belligerent in this undeclared war. Did we mention that she’s an expert at coding and programming languages, because on Zoom, Khalique-Brown intimately discussed her process for acquiring this role, and one of these tools of preparation was learning two forms of coding, Javascript and C++, which she actually termed her easiest bit of preparation for the role. One of the elements that was repeatedly stressed to us throughout the fun interview was that Hannah Khalique-Brown works extremely hard and takes her work seriously. Khalique-Brown also discussed how adaptable she could be, acting differently around actors such as Simon Pegg (serious in this role as Saara’s boss, though hilarious in between takes), Maisie Richardson-Sellers (the two of them bonded instantly), as well as Kosminsky veteran Mark Rylance who plays a much older and quite mysterious mathematician around the GCHQ. Khalique-Brown discussed lastly the importance of music for her process and she shouted out her brother Joe Khalique-Brown, a musician known as JKB.