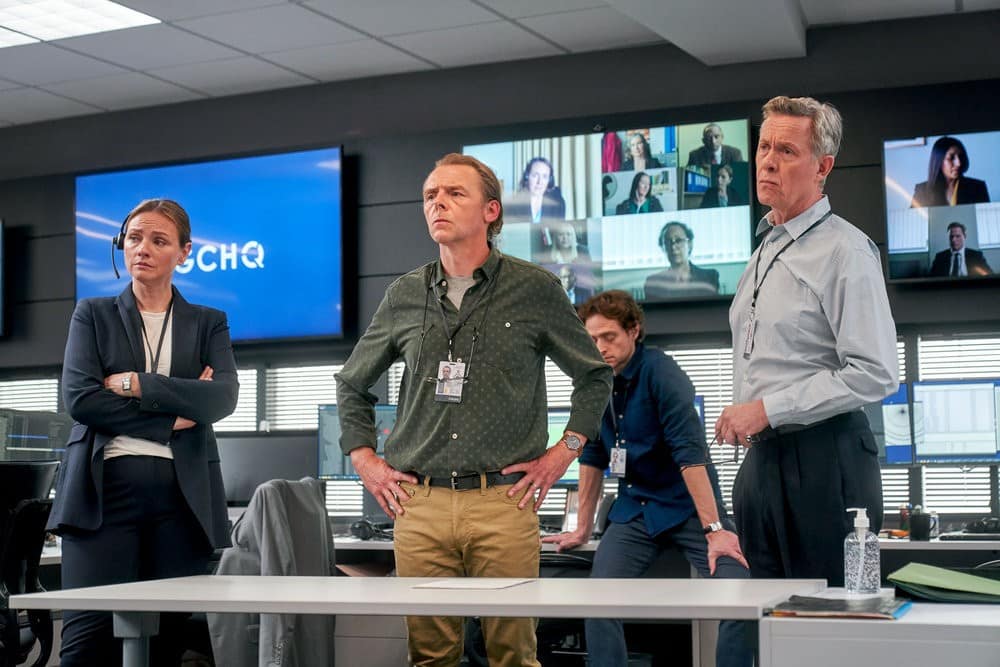 You may not realize it from his performances in such hilarious works as Hot Fuzz, Shaun of the Dead and Spaced, but Simon Pegg is a pretty great dramatic actor. Though his co-star, Hannah Khalique-Brown, raved about how in between takes Pegg was hilarious in the addictive dramatic series The Undeclared War, the beauty of his performance as Danny Patrick, the head of U.K. Intelligence and Security Agency GCHQ, is that Pegg is as chilling as anything in the Peter Korminsky series. This is probably because he is Simon Pegg and we expect that he will be funny. But in a similar vein as his winking turn in season one of The Boys as Hughie (Jack Quaid)’s father, as the character of the son being based on him, Pegg remains deadpan throughout the show. Apparently, Pegg has connections to the GCHQ in real life as well.

In our exclusive Zoom video interview with Pegg during a junket for The Undeclared War, Pegg revealed that he has a close family connection to GCHQ, that he grew up in nearby Cheltenham. Pegg was actually able to visit its predecessor Bletchley Park, prior to it being open to the public, where the Allied code-breaking of the Enigma Cipher in World War II took place, most famously by Alan Turing. We didn’t have an idea as to how immensely personal a project The Undeclared War was for Simon Pegg, who also gushed about the score by Debbie Wiseman and singled out the work of film composers John Williams and Rolfe Kent.

The Undeclared War is now available to watch on Peacock