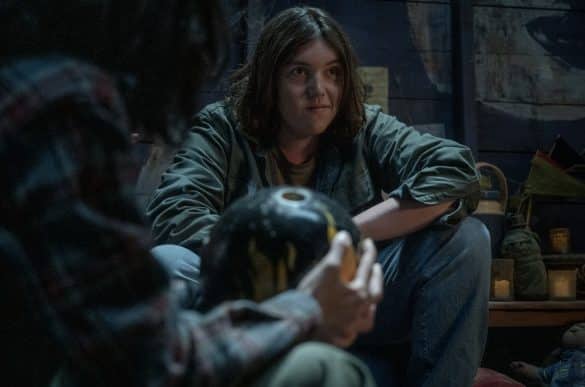 You may not expect the portrayer of The Walking Dead: World Beyond‘s Silas Plaskett, a laconic character who, furthermore, cannot seem to be trusted, to be that much unlike his character. And yet Hal Cumpston, who wrote, produced and starred in his feature film debut in his native Australia, has an extremely easy-going nature to him, speaking about his unusual career path, such as nailing his World Beyond role in his first-ever U.S. audition. In support of season one being available on Blu-ray, we spoke with Cumpston about how he plays Silas Plaskett, his friendship with co-star Nico Tortorella, and that Michael Shannon plays his father in the upcoming Hulu limited series Nine Perfect Strangers.


The Walking Dead: World Beyond season one is now available on Blu-ray and DVD