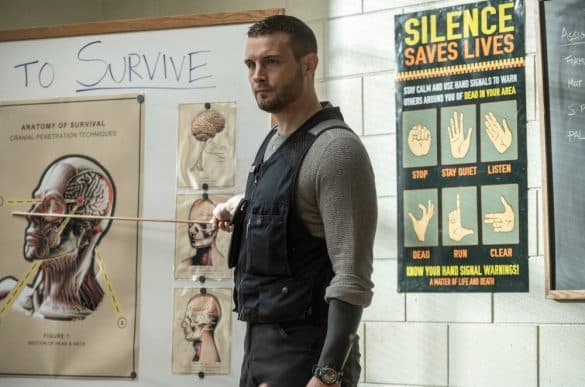 Getting to speak with Nico Tortorella in support of the Blu-ray release of the first season of The Walking Dead: World Beyond (in which they play Felix Carlucci), was extremely fascinating. We weren’t expecting them to be on location practicing a fight scene from the second season (which is now in production), but that was just one of the many added bonuses. Tortorella gives a mesmerizing performance as Felix, as they fall into the character to the point in which they are almost unrecognizable as the lead security officer who was expelled by his father. Tortorella also spoke to us in our exclusive video interview about the importance of celebrating Pride at this difficult time.


The Walking Dead: World Beyond season 1 is now available on DVD and Blu-ray