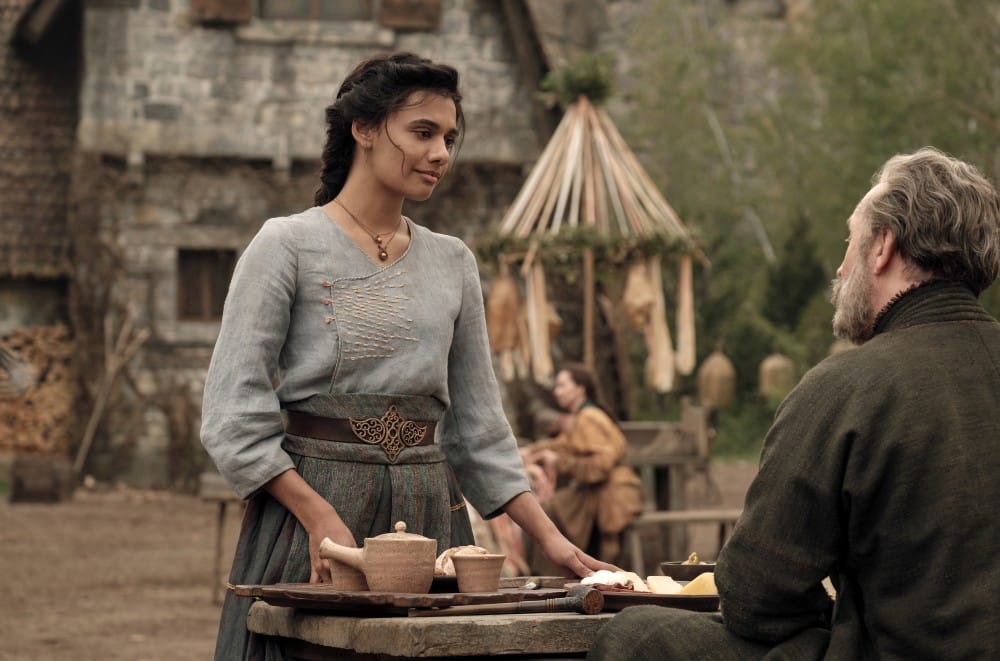 Madeleine Madden has always been an epic performer. And now with Amazon’s expansive and jaw-dropping series The Wheel of Time, based on the fantasy novels by Robert Jordan, in Rafe Judkins’ ambitious adaptation, the stunning actress has found a role befitting of her epic stature as Egwene Al’vere. Many of her earlier performances touched greatness, in David Slade’s adaptation of Picnic at Hanging Rock, for example, and the highly entertaining Dora and the Lost City of Gold. But in terms of stepping into her own power, The Wheel of Time feels as though it has discovered the perfect match in terms of character and performer. According to Madden, one thing about the series that is not found in other fantasy shows is the level of diversity that is in play, which here is not only recognized, but celebrated. There are some amazing and progressive moments to come on this episodic series, and whether or not Egwene is the Dragon Reborn, this is a show that is filled with intimate moments and many of them involve the mesmerizing Madeleine Madden.