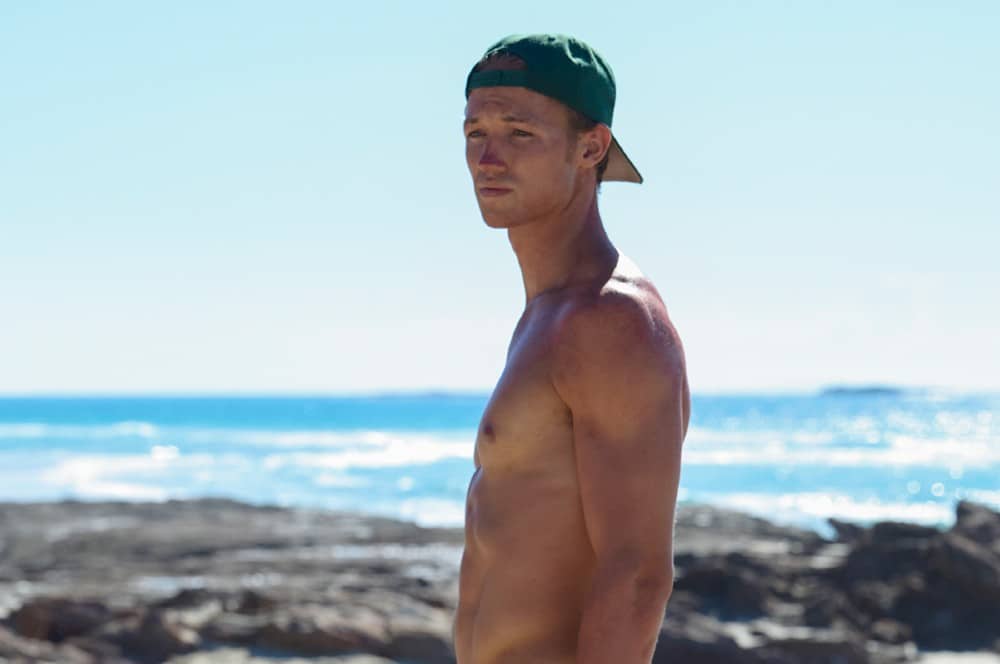 In our exclusive video interview with the portrayer of The Wilds‘ Kirin O’Connor, charming Aussie Charles Alexander, we learned fascinating (and new!) behind the scenes details about the extremely popular Prime Video series that recently released its second season, the first to feature a boys camp. Alexander spoke at length in our interview about his experience on The Wilds, starting with how Kirin presents as a toxic male and a bit of a dinosaur (which leads into a discussion about how Alexander is often typecast as a jock and how he has auditioned to play “12 Chads”). An aspect that we were not expecting from our candid chat was when Charles Alexander fiercely defended the boys camp as being better run then the girls’ side. As well, Alexander got into what it was like for him as a struggling actor fresh out of drama school in sharp contrast to keeping the secret of starring on a massive tv show. He also spoke at length about working with the legendary Rachel Griffiths (who plays the Machiavellian Gretchen Klein, creator of both the Dawn of Eve and Twilight of Adam studies). Lastly, we had to go off book to see if Alexander had heard anything about a season three of the YA series that we absolutely believe needs to have another season, as this season ends on a cliffhanger that would make seeing Kirin return an absolute necessity. While he was extremely diplomatic in his answer, as he states that the actor is often the last to know, this wide-ranging and quite frankly super fun interview with Charles Alexander revealed that we are wishing and hoping that a renewal announcement will come extremely soon.