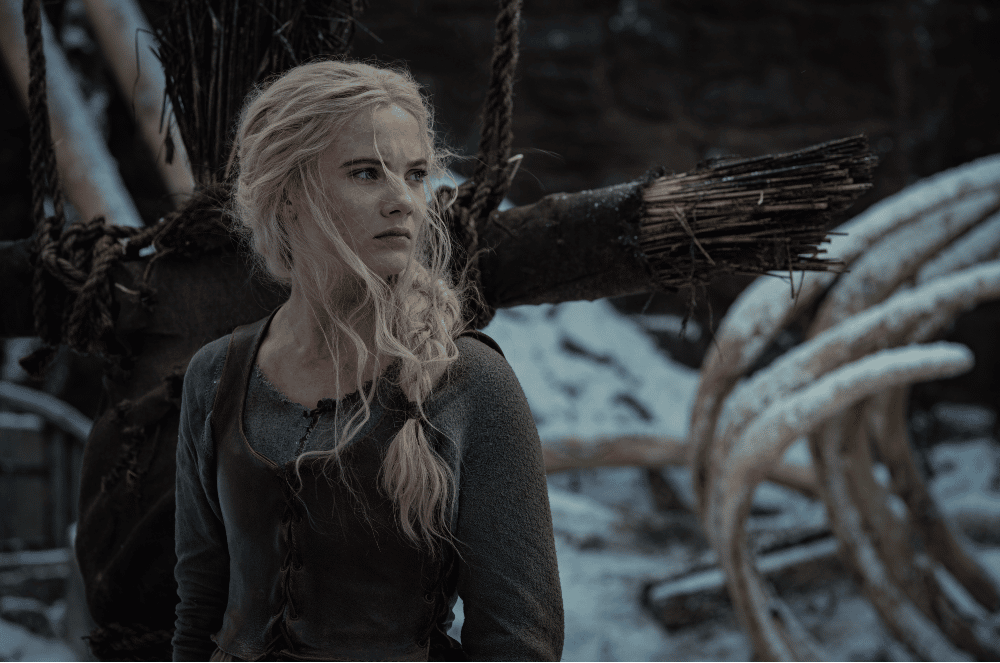 Still somehow 20 years old, the wise and talented Freya Allan of The Witcher has her whole life ahead of her, but through her character portrayal on this series has established that she plays a worldly character, this being the crown princess of Cintra, Cirilla, (but you might know her better as Ciri). Perhaps more than anyone on the series, Ciri is decidedly heading toward her destiny as sharing a powerful bond with Geralt of Rivia (the constantly joking and video game playing Henry Cavill), but also we are trying to decipher if Ciri has what it takes to become the next Witcher. In the series, which is based on a book series by Polish writer Andrzej Sapkowski, Ciri can become the anointed one, the one that will kill the monsters. Yet in case we hadn’t noticed, she isn’t exactly the size and shape of Cavill, and this female-led series involves Ciri stepping into her own power to hold her own against some very large men (as well as fantasy creatures). Allan is quite a bit like her own character and while reserved at first, really opened up to Brief Take about sharing some memories from set filming season two of the popular series.

The Witcher season two is now streaming on Netflix