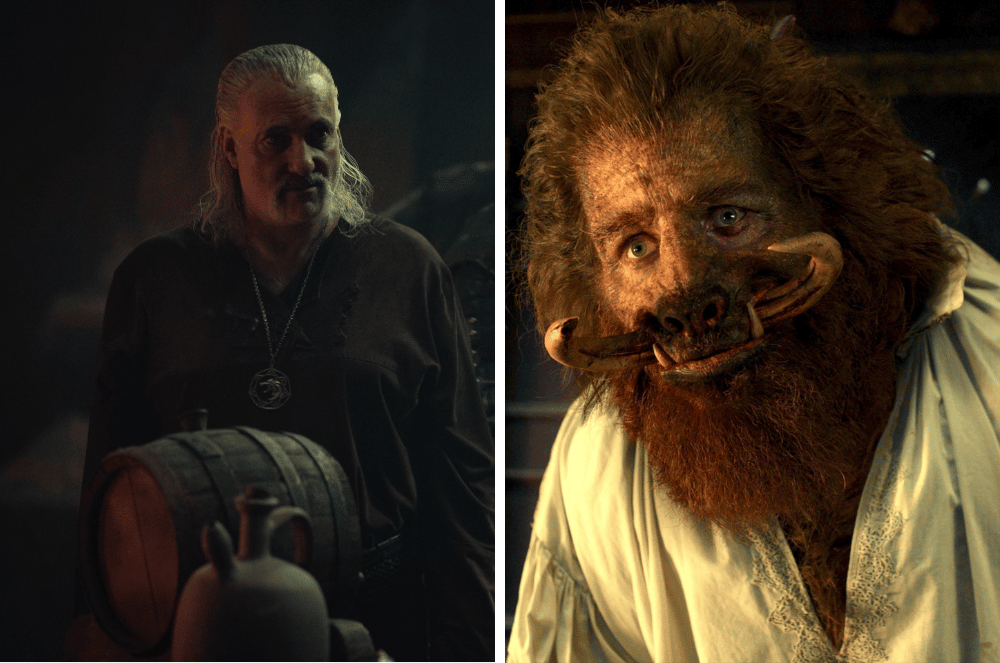 While you may know The Witcher stars Kim Bodnia and Kristofer Hivju from Killing Eve and Game of Thrones, respectively, this powerhouse team are both featured in the highly-anticipated season two of the Netflix fantasy series from showrunner Lauren Schmidt Hissrich. Both of these veterans are joining the series for the first time with the perfectly cast Bodnia as Vesemir, embodying the character of the world’s oldest living Witcher and a father figure type to Henry Cavill’s Geralt of Rivia. With this being The Witcher, it isn’t always clear who can and cannot be trusted, but in this case it appears that Bodnia, who has played his share of baddies in the past, is on our heroes’ side. And what can be said about Hivju, who in addition to Game of Thrones has a memorable turn in the movie Force Majeure, directed by Ruben Östlund? He is someone we’ve been looking to interview for awhile now and we got our chance to discuss his role as Nivellen, a memorable part of the season from the start in a Beauty and the Beast-like role. On Zoom on the video junket, the pair are hardly monstrous, engaging in light banter (prompting Hivju to suggest that they serve beer the next time on set).

Check out the fun and not at all scary pairing of Kim Bodnia and Kristofer Hivju below.

The Witcher season two is now streaming on Netflix