Interview: There’s Someone Inside Your House’s cast and creatives 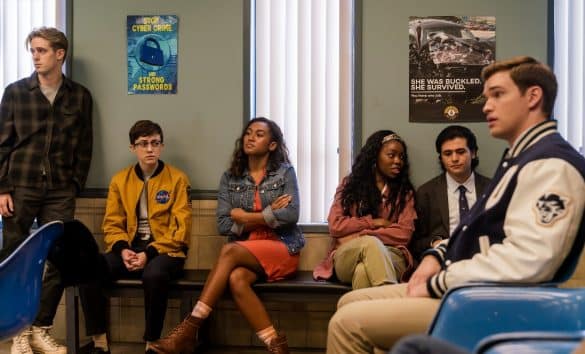 It is extremely evident after speaking with the cast and creatives of the inventive horror thriller There’s Someone Inside Your House that there’s a lot of love between them. In our first Zoom video interview of the press junket, the film’s writer Henry Gayden (with Shazam! Fury of the Gods coming up) and director Patrick Brice (Creep, The Overnight) discussed the inner workings of the film and their admiration for each other’s work. Then, in a special one-on-four interview, the movie’s supporting cast Asjha Cooper, Jesse LaTourette, Diego Josef and Canadian Dale Whibley mention how much the cast liked to….party together. Finally, the wonderful Sydney Park, who was a comedian at the tender age of six, spoke about her process for getting into character as the trauma-addled Makani Young. We were also thrilled that Park gave a special shoutout to Canadian co-star Théodore Pellerin.

There’s Someone Inside Your House is now streaming on Netflix