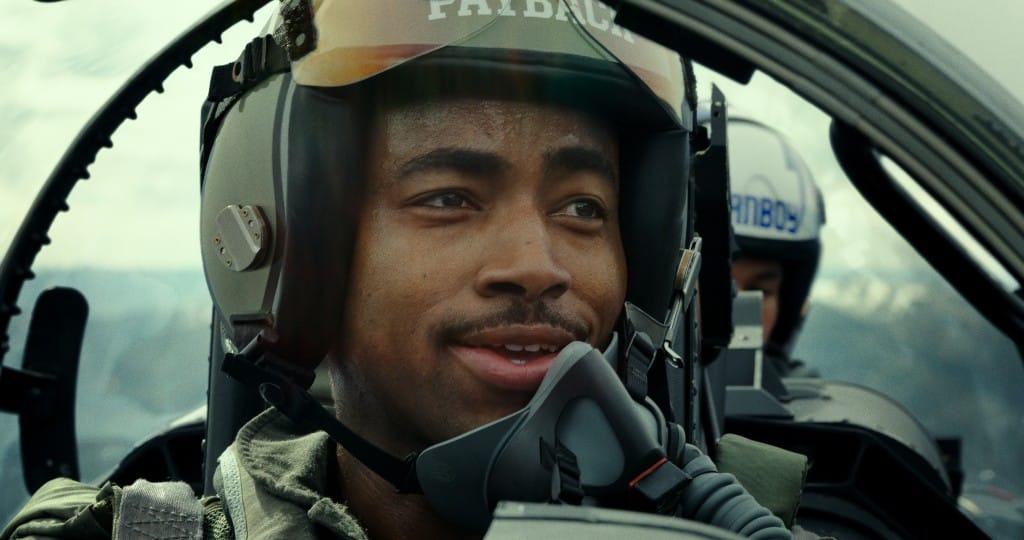 Having the opportunity to speak with Jay Ellis at the morning press junket for Tom Cruise’s Top Gun: Maverick (as it gears up for its home entertainment release) was chatting with a true gentleman. With Ellis it was not only an opportunity to talk about the movie that we were there to promote, Top Gun: Maverick, in which Ellis appears as LT Reuben “Payback” Fitch, one of the mission candidates, but also to speak about his recently finished role as the complicated Lawrence in Issa Rae’s Insecure, in which Ellis played love interest to Issa / reluctant baby father to Condola. Also, fun fact: Jay Ellis worked on Insecure as a director as well, and Ellis happened to helm one of our fave episodes of the show (the one with Molly and Andrew on a complicated family vacation). But as for Top Gun: Maverick, Ellis includes this film front and centre in his crazy past two years, discussing in our video interview how important it was for someone like himself (with a long family history in the armed forces) to receive the chance to screen the film to Navy personnel in San Diego, (this interview is a bit of a complement to Reacher‘s Alan Ritchson who discussed at length screening his show to members of the Armed Forces). He discussed how going around the world with this movie, and watching how it inspired people to become interested in aviation, or even to appreciate the theatrical experience once more, was extremely “soul-enriching”. Of course, we had to ask about the Insecure group chat, which is still extremely active (and we managed to link together Tom Cruise and Issa Rae, which is no small feat). Lastly, we requested that Jay Ellis furnish us with a Tom Cruise story, because as their leader “Maverick”, every cast member seems to have a story about Cruise. Surprisingly, Ellis decided to supply a pair of stories and the second one was a bit of a reveal given to Brief Take, which is that Cruise confided in Jay Ellis as well as co-star Miles Teller, who plays “Rooster”, that he was going to keep on making Mission: Impossible movies.