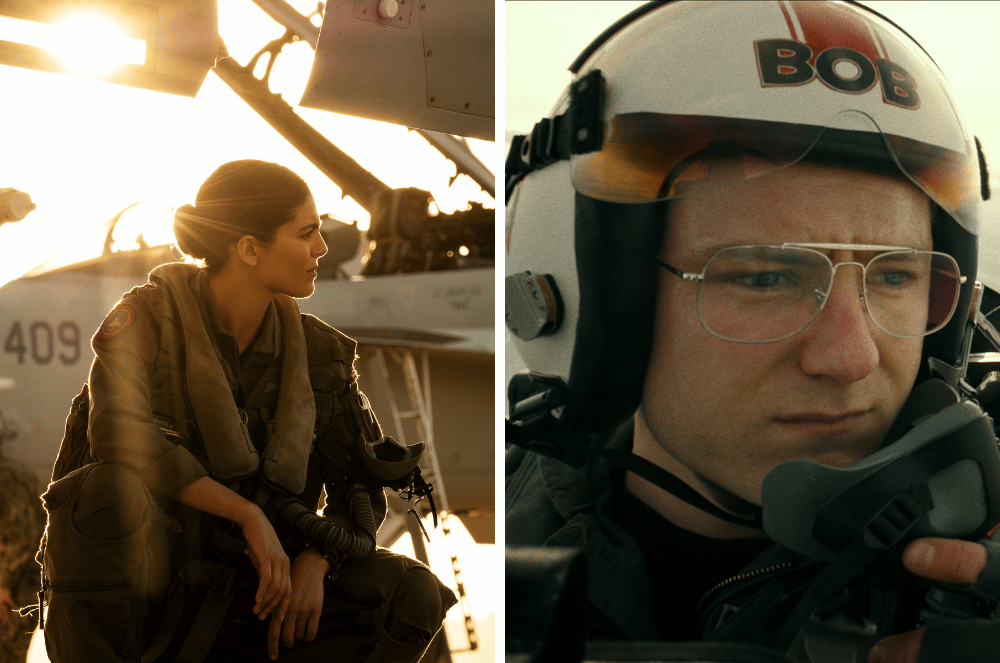 In the blockbuster hit Top Gun: Maverick, after more than 30 years of service as one of the Navy’s top aviators, Pete “Maverick” Mitchell (obviously, Tom Cruise) is where he belongs, pushing the envelope as a courageous test pilot and dodging the advancement in rank that would ground him. Training a detachment of graduates for a special assignment, Maverick must confront the ghosts of his past and his deepest fears, culminating in a mission that demands the ultimate sacrifice from those who choose to fly it.

In our fun junket interview, Top Gun: Maverick stars Monica Barbaro (“Lt. Natasha ‘Phoenix’ Trace”) & Lewis Pullman (“Lt. Robert ‘Bob’ Floyd”) chatted with Brief Take about the story behind Lewis being called a badass on set, Barbaro and Pullman revealed which cast member was truly the best pilot, and they spoke about how the cast goofed off during down time on the carrier on set.