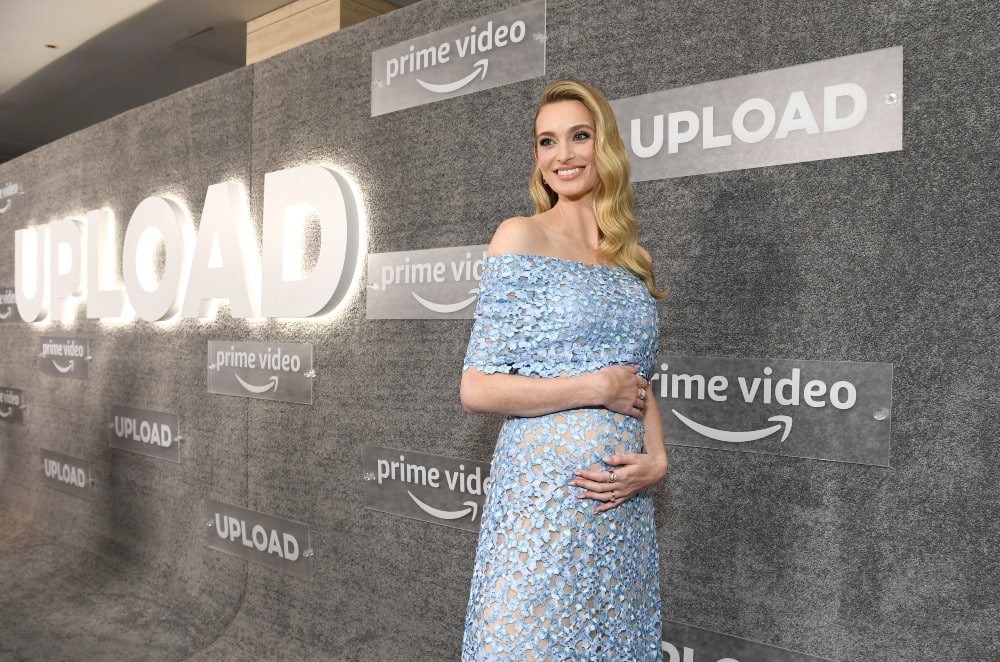 We feel a sense of pride when it comes to the Greg Daniels-created series Upload from Prime Video. Not only do we feel this because we were early on the show itself, but also a huge sense of joy for the breakout star of the series, Allegra Edwards. Not only did Brief Take exclusively chat with the stunning and statuesque thespian for the first season of Upload, but we did so prior to the show having even aired a single episode (months before, actually). We were thrilled to discover the amount of attention that this future-set series received in the 10 episode first season. Now that season two is upon us, we insisted that we re-up and speak again to Edwards, who played Ingrid so well in season one, in which the mystery of the show involved who was responsible for offing her fiancé Nathan (Canadian Robbie Amell). When we discovered that it was someone else and that Ingrid was solely guilty of loving Nathan (some might argue to too great a degree), the audience was thrilled this year to invest in Ingrid’s character development. While we had our own theories about what we’d discover this year, we again binged the entire season, all seven episodes, to prepare again to speak with Allegra Edwards, this time on Zoom video. While she was quarantining in Massachusetts with her family in advance of season one, we discovered this time Edwards was in “a spare room” in her home in L.A. In this vein, we noted that Ingrid’s prized Sphinx cat was not back this year. Edwards quickly noted that a deleted scene found her cat was stolen in between seasons, but now her character has fully arrived in Lakeview. We discover later in the season that while Ingrid Uploaded, she’s not actually dead and Ingrid is not in Lakeview, that she is using a hug suit in a bathtub on Earth. While she may employ unorthodox methods to try to snag her man to keep Nathan away from angel Nora (played by actress-singer Andy Allo), so much happens to her this season, from investing in a freakish long tongue, to hosting a dinner party, to pretend birthing a baby (specifically A.I. Guy), and raising him from birth to death in a day. Edwards talks about how she felt when Upload season one was released and how fans have emerged from all over the world. She also shared how much pride she has as the protector of aforementioned A.I. Guy, Owen Daniels, feeling like his babysitter, older sister or mom.

Click below for a revealing heart-to-heart with Allegra Edwards, Ingrid Kannerman of Upload.