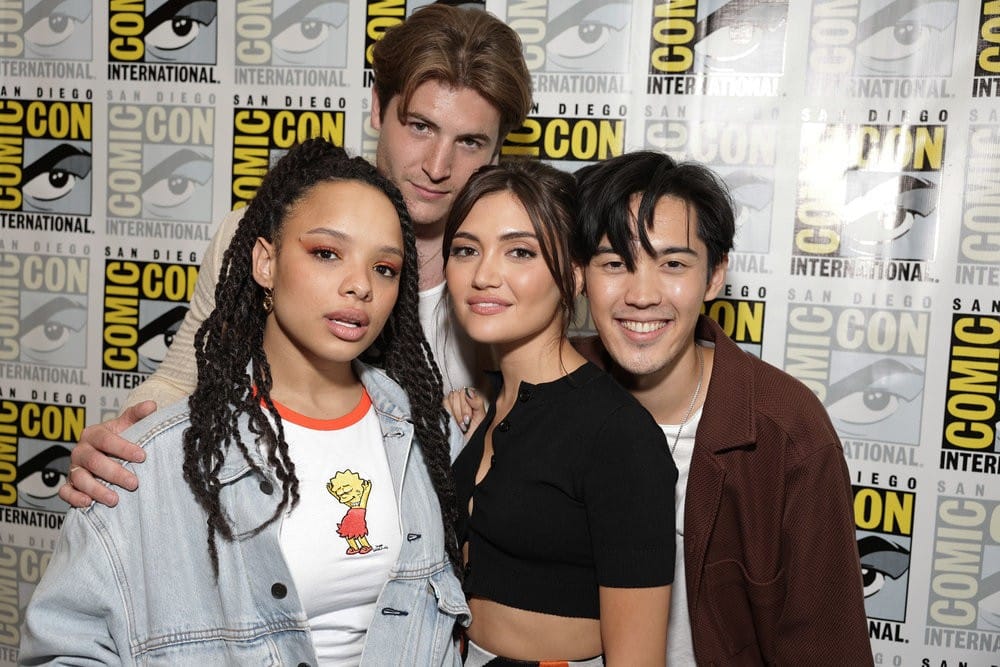 On Peacock’s highly anticipated fall series Vampire Academy, in a world of glamour and privilege, there are two young women: Rose Hathaway and Lissa Dragomir. Their friendship transcends different classes as they prepare to complete their education and enter royal vampire society. The story begins with the half human, half vampire, Dhampir Rosemarie ‘Rose’ Hathaway (played by Aussie Sisi Stringer) and her best pal, Moroi royalty Princess Vasilissa ‘Lissa’ Dragomir (who is embodied by Venezuelan-born Daniela Nieves). After being on the run, they’ve been sent to return to their boarding school, St. Vladimir’s Academy. While there, these friends must seek to distance themselves from forbidden romances (but we know that they will give in to them) and avoid the frightening Strigoi, who are cold-blooded killer vamps.

On the press junket for the Peacock series, we of course must begin with the two leads of Vampire Academy. Sisi Stringer and Daniela Nieves talked with Brief Take about their instant connection, (which of course took place both off and on the screen, but in this case, especially off screen). If it means anything, subsequent rooms all mentioned Sisi Stringer, clearly the spirit animal of the show. In the main room, Stringer and Nieves shared their fave scenes to film as well as what the Rose and Lissa friendship means to them.

Another wonderful room for Vampire Academy got us to see the boys up close and personal, there being a large number of Canadians for the European-shot series – the charming Kieron Moore (who is Dimitri Belikov), Andrew Liner (who plays Mason Ashford) and André Dae Kim (who portrays Christian Ozera). The trio relayed to us how they got close on set, through table tennis, bowling and go-karting. Of course, as all three have a connection to Rose on the show, we asked what it was like working with Sisi Stringer.

Another fun room (we sense a pattern) found Vampire Academy stars Mia McKenna-Bruce (who plays Mia Karp), Anita-Joy Uwajeh (the portrayer of Tatiana Vogel) and Rhian Blundell (who plays Meredith Beckham).  They shared with us what they did in their Barcelona down time.

Then Vampire Academy stars Jonetta Kaiser and J. August Richards gushed about working with each other and their characters’ theme songs (surprisingly, Kaiser sings more than Richards does) and their love for shows about house hunting.

Finally, Vampire Academy showrunners Marguerite MacIntyre and Julie Plec (who worked together on a little show called The Vampire Diaries) revealed some of their most memorable moments over the years, all the back to the ABC Family series Kyle XY. This bubbly pair also revealed the surprising way this show ties in with Game of Thrones.


Vampire Academy is now available to watch on Peacock in the U.S. and the W network in Canada