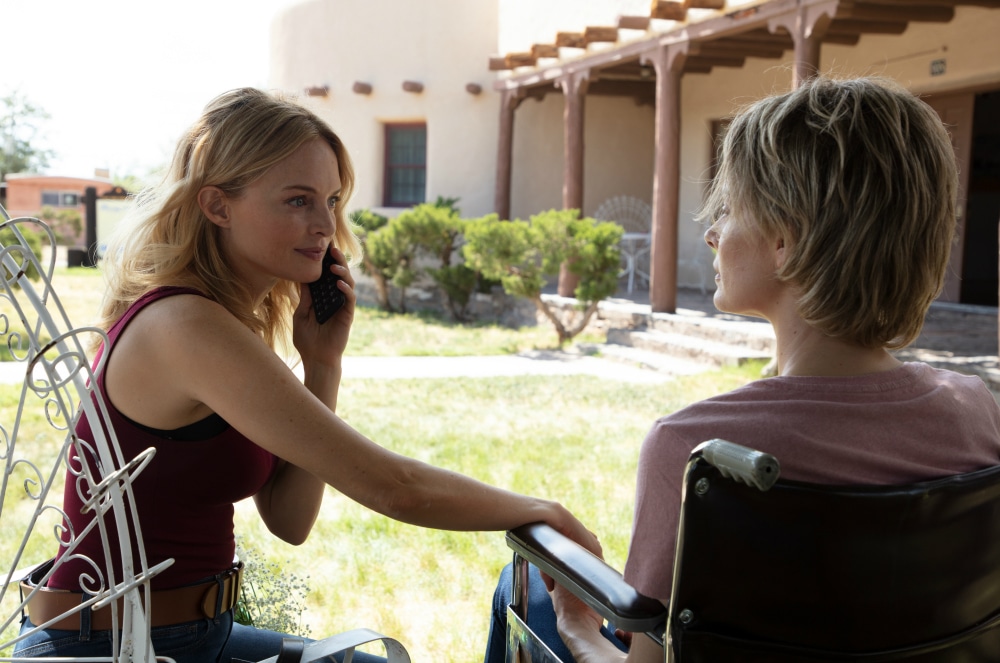 Aaron Eckhart, Tommy Lee Jones and Heather Graham star in Wander, an edge-of-your-seat thriller following Arthur Bretnik, a paranoid private investigator with a troubled past. After Bretnik (Eckhart) is hired to investigate a suspicious death in the town of Wander, he becomes convinced the case is linked to the same ‘conspiracy cover up’ that caused the death of his daughter.

I recently had the exciting opportunity to speak over Zoom video with accomplished writer-director-actress Heather Graham about her role in Wander and the performances that she’s most proud of.

Wander is now available On Demand and Digital