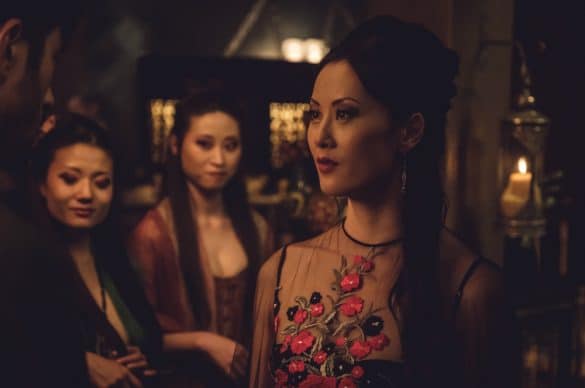 Warrior, now in its second season, is a gritty, action-packed crime drama set during the brutal Tong Wars of San Francisco’s Chinatown in the second half of the 19th century. The series follows Ah Sahm (Andrew Koji), a martial arts prodigy who emigrates from China to San Francisco under mysterious circumstances and becomes a hatchet man for one of Chinatown’s most powerful tongs (Chinese organized crime family). The incredible show (conceived by actor-director-martial artist-philosopher Bruce Lee before his untimely death and executive produced by his daughter Shannon) also stars Canadian actress-activist Olivia Cheng who recently sat down with me over Zoom video to discuss her role as Ah Toy (a fictionalized version of the legendary Cantonese-American madam) and her recent activist efforts during the era of COVID-19.