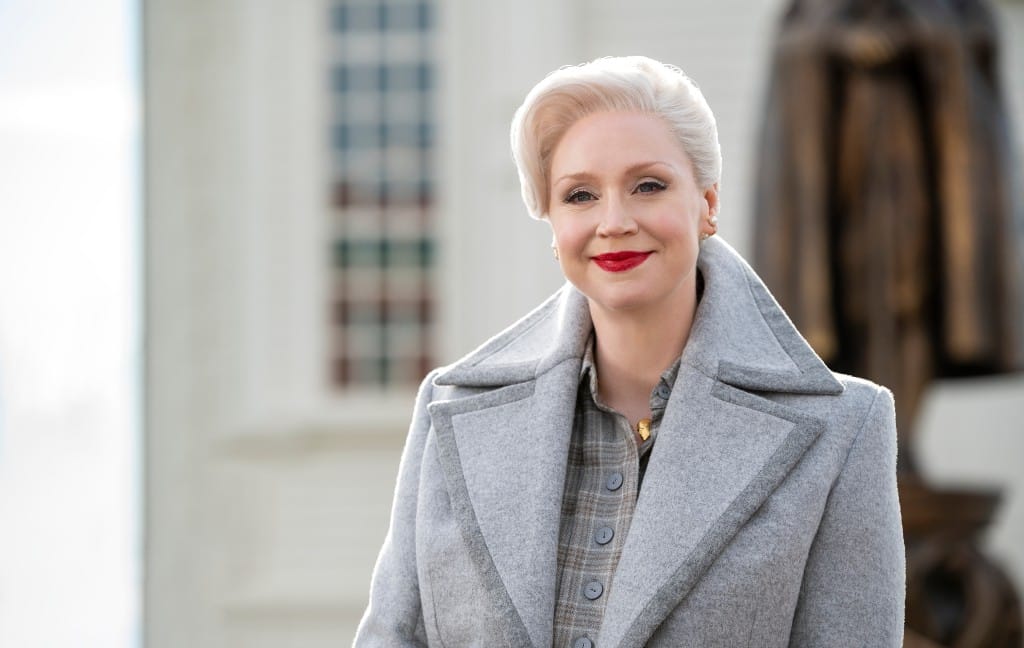 Wednesday‘s statuesque star Gwendoline Christie plays Principal Larissa Weems in the Netflix series. Wednesday is a sleuthing, supernaturally infused mystery charting Wednesday Addams (Jenna Ortega)’s years as a student at Nevermore Academy. During the course of the family-friendly show, Wednesday attempts to master her emerging psychic ability, thwart a monstrous killing spree that has terrorized the local town, and solve the murder mystery that embroiled her parents 25 years ago – all while navigating her new and very tangled relationships at Nevermore.

During the recent Wednesday junket day (that yes, occurred on a Wednesday morning), Gwendoline Christie discussed with Brief Take the reasons that she loves playing Weems, her adoration for co-stars Jenna Ortega and Christina Ricci (the OG Wednesday Addams who plays Marilyn Thornhill here). Through this series, Christie fulfilled a lifelong dream of working with director Tim Burton and shared the reason that she feels reassured by fans of her work in sci-fi and fantasy series and movies such as The Sandman, The Hunger Games: Mockingjay – Part 2, Game of Thrones and Star Wars: Episode VIII – The Last Jedi (as well as lending her voice in a number of Star Wars animated shows as well).