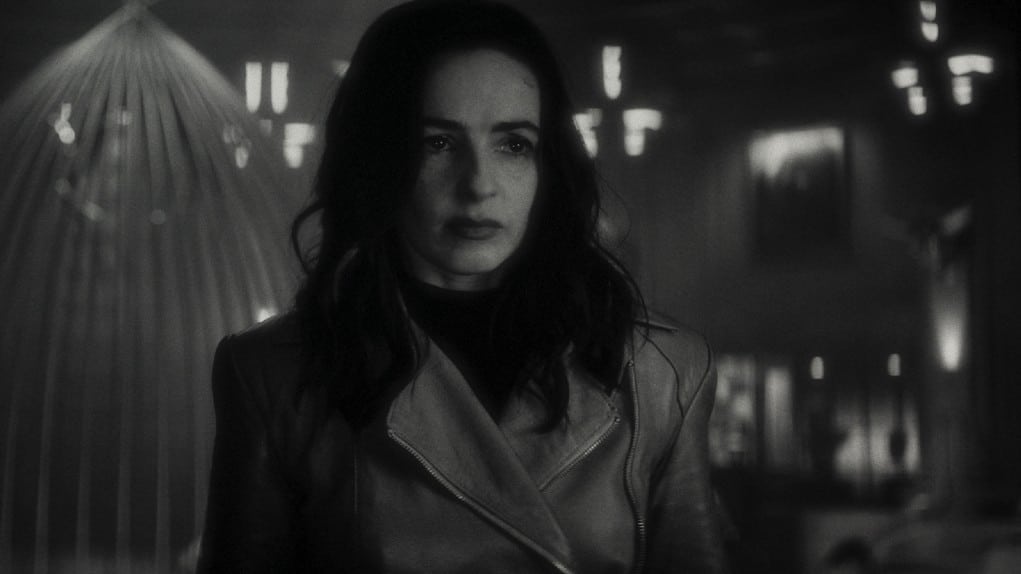 Marvel Studios’ Werewolf by Night follows a lycanthrope (which is a fancy word for a “werewolf”) superhero, played by the frequently independent movie star Gael García Bernal, (who shined in the highly underrated Prime Video series Mozart in the Jungle as the Maestro) that fights evil using the abilities given to him by a curse brought on by his bloodline. This project, directed by frequent composer Michael Giacchino, is not quite a series or a movie, but is along with the upcoming Guardians of the Galaxy Holiday Special is being appropriately deemed a “Special Presentation”.

Werewolf by Night is produced by Marvel Studios, and follows a secret group of monster hunters as they compete for a powerful relic while going up against a dangerous creature. As mentioned, Bernal stars in the special as Jack Russell as well as the titular Werewolf by Night, along with secret weapon Laura Donnelly as Elsa Bloodstone, and Harriet Sansom Harris. In our exclusive video interview, Irishwoman Donnelly talked with Brief Take about her experience of playing the iconic Elsa Bloodstone in the popular TV special, which is now streaming on Disney+. Donnelly revealed how she was first told about the special presentation, relays her adoration for co-star Gael Garcia Bernal and director Michael Giacchino, in his first directorial project, (his passion project, actually), after many years as a composer. As well, Donnelly shared with us what it was really like filming Werewolf by Night. Donnelly then gushes over her The Ferryman co-star Genevieve O’Reilly (who, coincidentally, can also now be seen on Disney+ in the Star Wars series Andor, and which also happens to star frequent Gael García Bernal co-star Diego Luna as Andor), and her The Nevers co-star Ann Skelly, whom we actually had the pleasure of interviewing ourselves for the movie Kissing Candice. Donnelly swore that the audition process for Werewolf by Night was not very complex, but it feels like both a special presentation and a special interview, see below: