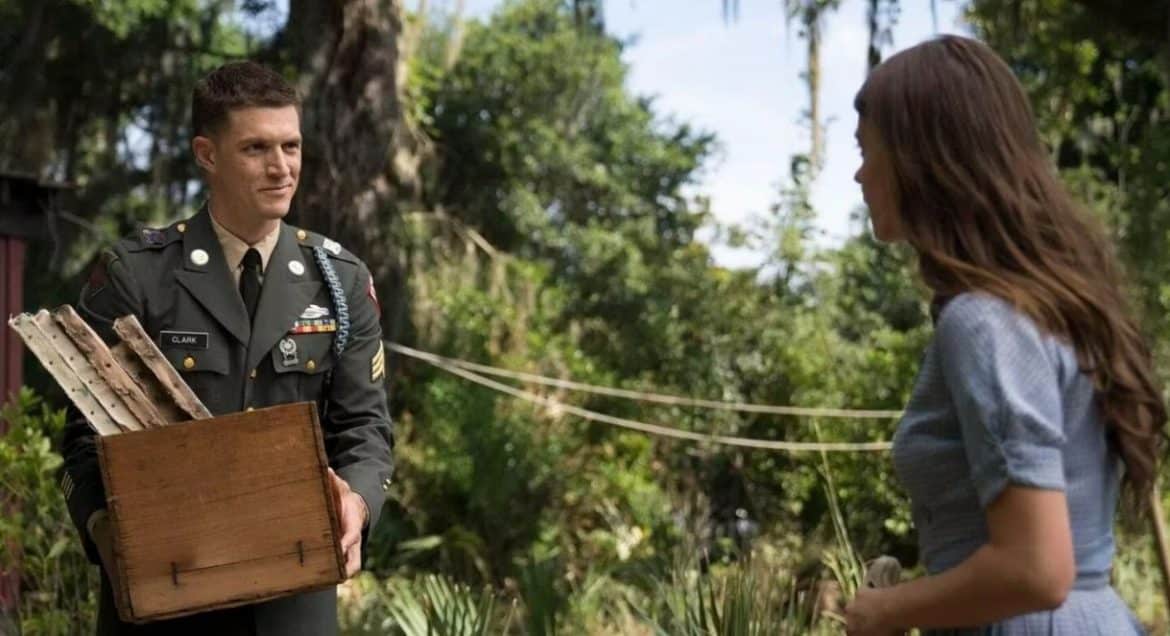 A former male model originally from Denver, Colorado that has worked with the likes of Karl Lagerfeld? Check. A, quote, struggling actor that uprooted his whole life in New York City and moved down to New Orleans to seek out better roles in films after acting classes didn’t quite take him where he needed to be? Check. One of the hottest actors of the summer? Check! While the journey for Logan Macrae may not have been the traditional path, you cannot argue with the results. Macrae stars in both the highly anticipated big-screen adaptation of Where the Crawdads Sing, in which he plays the brother of Daisy Edgar-Jones’ Kya Clark, as well as the Taron Egerton-led series Black Bird, appearing in the episode that examines family trauma. Oh and Macrae also has two more highly anticipated projects in the can, so it is very clear that the charming Macrae’s star is really starting to rise.

As such, as we sat down with Logan Macrae from his home in New Orleans, on the verge of Where the Crawdads Sing being released, we made the Zoom video interview a story of his surprising path of where he was to where he is now. This was a refreshing change of pace, and Macrae was generous with sharing details about Where the Crawdads Sing and how the female-led project (director, cinematographer, producers including Reese Witherspoon), was so impactful upon him. He discussed playing Jodie Clark, how much he bonded with co-star Daisy Edgar-Jones, some of the incredible filming locations, and then also dove into the world of Black Bird and acting opposite Taron Egerton, and how he was also extremely kind to Macrae, despite the dark subject matter of the series.

We are absolutely thrilled to present Logan Macrae to the world and we’ll expect be seeing a lot more of the stylish actor to come.


Where the Crawdads Sing is now playing in theatres everywhere. New episodes of Black Bird are released Fridays on Apple TV+.