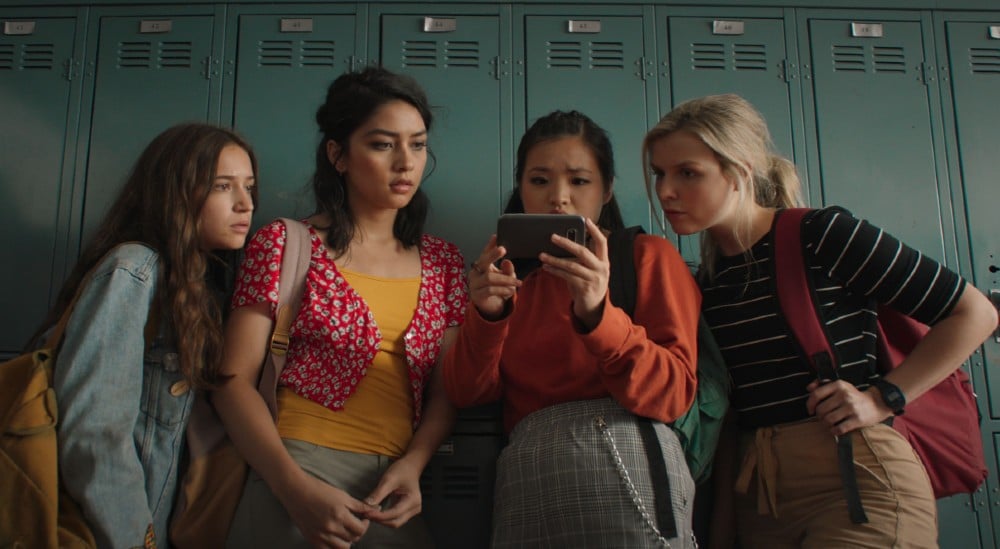 Gideon Adlon is a transcendent performer, and though she appears often very young on screen, feels like an old soul in many ways. We were ecstatic to speak with the thespian recently over Zoom video about the film Witch Hunt, directed by the sonorous Elle Callahan. The excellent film feels unsettling but in a way by how settled it feels and the camera stays very direct the entire time. Adlon is a hoarder of witches, in a society in which witchcraft is outlawed, and although this is Adlon’s second consecutive witch-themed project after the Toronto-shot The Craft: Legacy, the projects could not be more dramatically different and Adlon’s performance here feels more introspective than much of what we have seen from her previously. Adlon also speaks of her affection for the movie The Mustang and is off to film a true crime network series shortly. It must be the season of the Witch, and this Witch Hunt needs to be hunted down and watched.

Witch Hunt is currently available in theatres, On Demand and On Digital