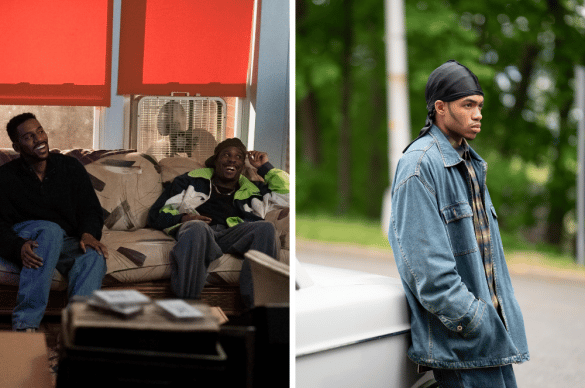 Shameik Moore, perhaps more than anyone in the extremely accomplished cast of Wu-Tang: An American Saga, has made a strong impression on audiences with his work, embodying such characters as Miles Morales in Spider-Man: Into the Spider-Verse (we know, it’s animated, he still embodied him), Shaolin Fantastic in The Get Down (alongside the recently featured in Brief Take Justice Smith) and was the lead in Dope and Let It Snow. Here, the real life rapper plays Raekwon, the pioneer of mafioso rap. And even more than Moore, Siddiq Saunderson as an actor feels like one of those real finds portraying the difficult to characterize Ghostface Killah, and Damani Sease plays the equally difficult to characterize U-God (and here’s a fun fact, Sease previously appeared on Wu-Tang: An American Saga in another role and here takes over as U-God). These three performers clearly formed a brotherhood on and off set and are on an upward career trajectory.