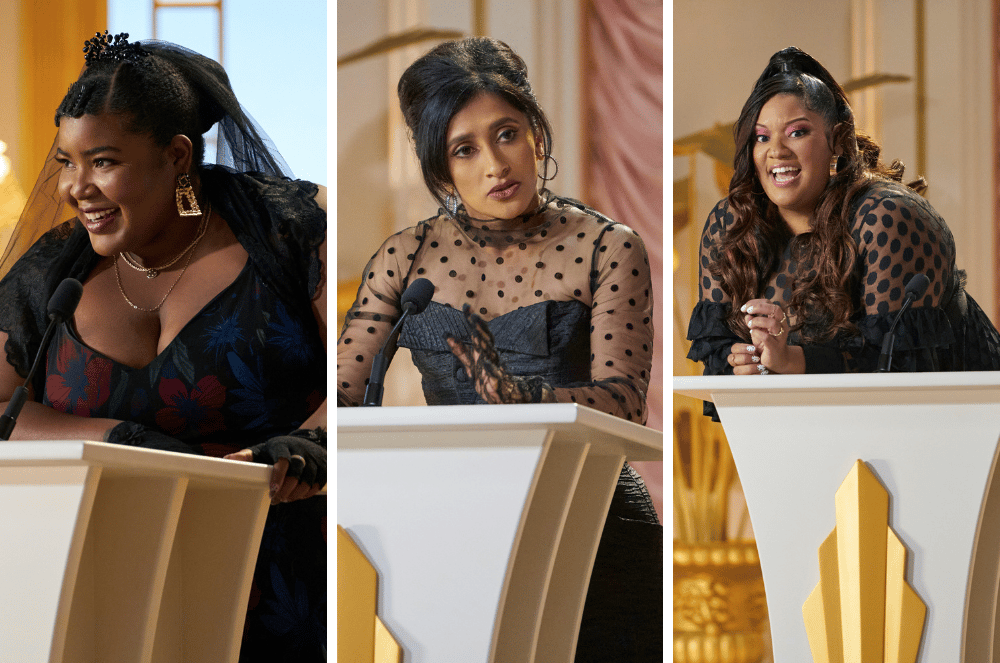 What better way to conclude a dumpster fire of a year than watching some of the buzziest comedians in the game, (who just happen to be all female)? That’s what you can expect to see in the wildly inventive and hilarious Prime Video special Yearly Departed, returning for its end of the (second) year. We were thrilled to be able to hear from game-changers Aparna Nancherla, X Mayo and Dulcé Sloan (replete with a throne) to regale us with a little bit about what to expect from an all-female comedy special: Jane Fonda, the wonder that is Meg Stalter of Hacks, if Nancherla really is as hermetic as she claims to be, and a performance from Alessia Cara. Most of all, it was clear that Sloan, Nancherla and Mayo are setting the pace in the comedy game, as many of our favourite projects happen to have their involvement on them, whether as performers or as writers. Don’t sleep on the special and definitely do not forget the names of these talented and multi-faceted comics.

Yearly Departed is available on Prime Video on December 23, 2021