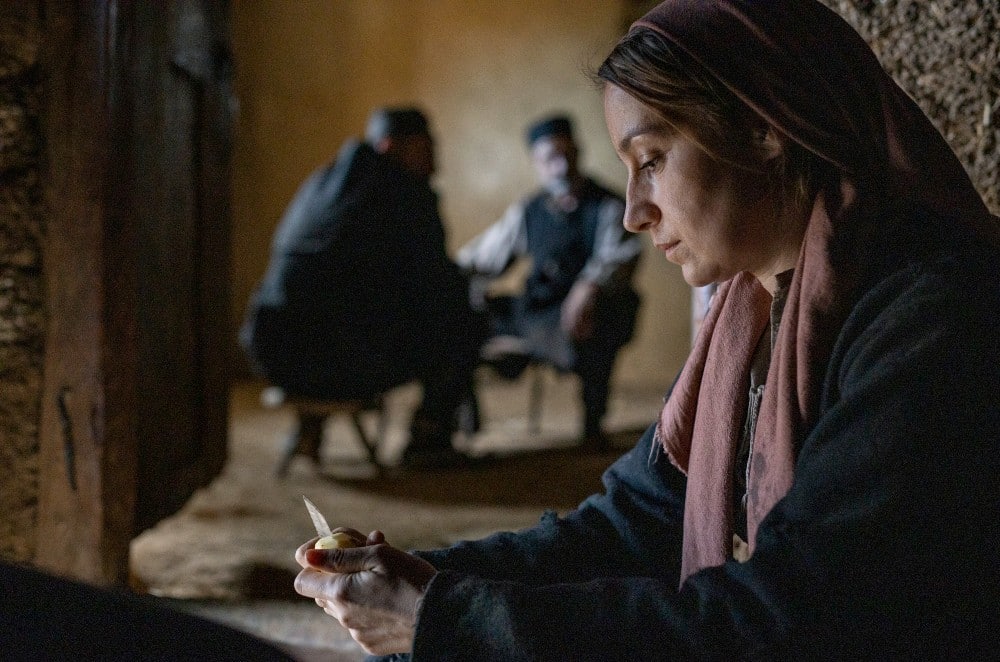 We passionately advise you to seek out the dreamlike Malick-ian horror movie You Won’t Be Alone, written and directed by Goran Stolevski, an exciting craftsman making his feature filmmaking debut. Not only does the Serbian-shot film feature some of our favourites (and previous interview subjects) Noomi Rapace and Alice Englert, but now we have a third favourite as well, the delightful Anamaria Marinca as Maria. While fans of psychological thrillers or those fascinated with the idea of otherness will gravitate toward this film, its dreamlike meditations and frequent wordless stretches have the power to remain for long after the film concludes. Marinca is a standout in You Won’t Be Alone, and many will also remember the Romanian thespian’s knockout performance in the seminal Christan Mungiu Romanian abortion drama 4 Months, 3 Weeks and 2 Days, winner of that year’s Palme d’Or. Perhaps a lesser known fact is that Marinca received her first ever acting credit in a CBC/Channel 4 drama entitled Sex Traffic, alongside Luke Kirby and Wendy Crewson, and appeared prominently in David Ayer’s Fury, among other performances. But it was her strong role in the spare drama You Won’t Be Alone that led Brief Take to be exclusively selected to participate in the film’s video junket and we sat down with Marinca, who was speaking from an undisclosed location. Marinca shared her thoughts on working with her transformative director Stolevski, and the surprising method in which she herself transformed into her witch character. She also disclosed what it was like working with co-stars Noomi Rapace and Alice Englert (the daughter of award-winning auteur Jane Campion), but also the remarkable lead of the film, Sara Klimoska, as the remote mountain shoot was an incredible cast bonding experience, especially for a female-driven one like this. Lastly, Marinca shared which genre films have lately been extremely moving for her, as well as her commitment to be emotionally aware of current events and how acting in a film such as You Won’t Be Alone has heightened that aspect for her.

You Won’t Be Alone is now playing in theatres