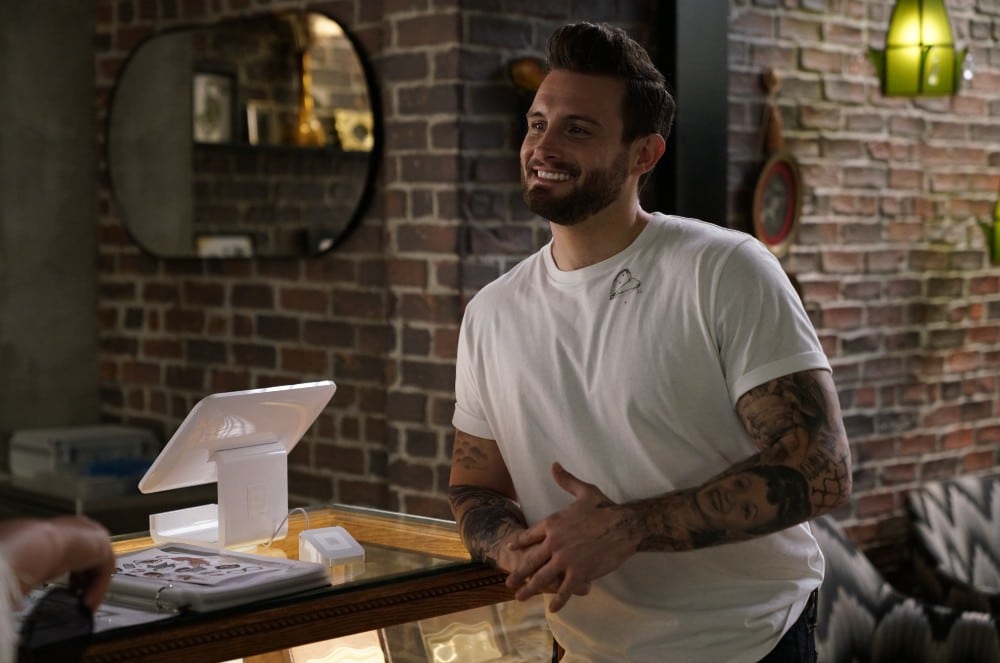 Younger has been on our radar for a long time, but most recently because all seven (!) seasons of the Darren Star series are now available on DVD, and what better way to celebrate that than to speak (again) with the portrayer of Josh, the wonderful Nico Tortorella. We had previously chatted not too long ago with Tortorella for The Walking Dead: World Beyond. That interview actually took place on the Virginia set and this time the vibe was different as Tortorella was in repose from shooting the queer drama The Mattachine Family in Los Angeles. They spoke about the legacy of the series Younger, discussing how the first scene at the bar opposite Sutton Foster mirrored the last scene (also at the bar with Foster) and how they burst into tears immediately afterwards. Tortorella opened up about the shows that they have been watching, including The White Lotus which has a pretty sizeable connection with Younger. Tortorella also shared experiences shooting MTV Cribs, and how Josh fathering a child on Younger may have been a prelude to baby-making at home.

Younger: The Complete Series in now available on DVD