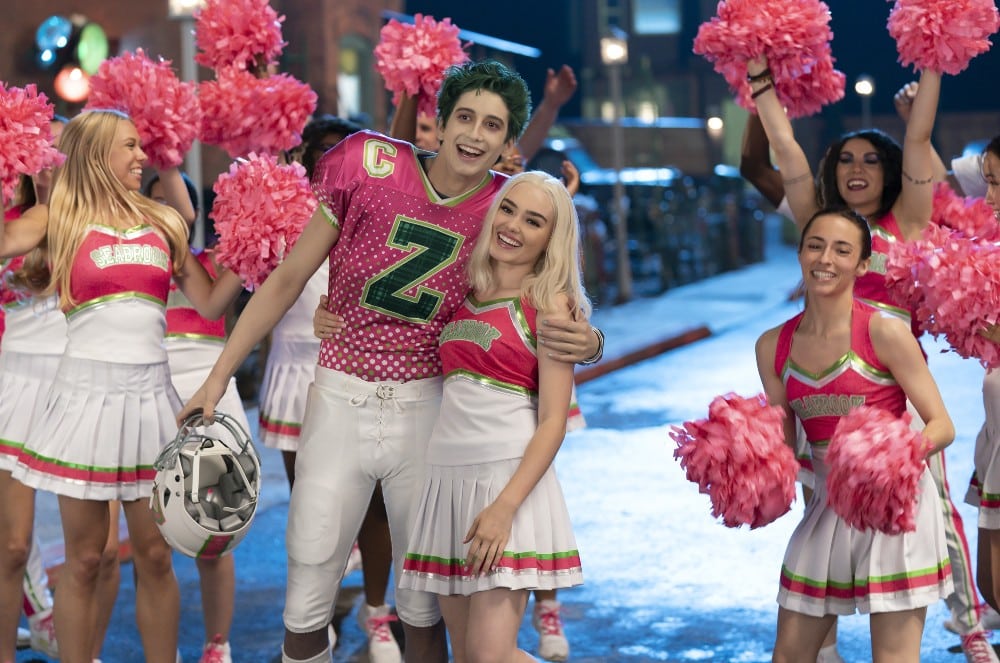 Although we had spoken a few times before with the spirited Meg Donnelly, ironically in support of other titles (American Housewife and on the red carpet of The Lion King Canadian premiere), we had never before had a chance to sit down with Zombies 3‘s Milo Manheim, as well as to have him paired with his much loved co-star for all three Zombies movies. What’s more, this dynamic duo also happen to both have executive producer credit titles on the latest film, which means that they listened to the fans in terms of input into the ending of the movie! As well, Manheim and Donnelly were on the same page during the video junket for Zombies 3, as the pair discussed Zeddison, how great it is that the duo has been together since the first film, and how the franchise has evolved. Toward the conclusion of our video interview, the pair even discussed their future projects and how their success from the Zombies franchise has brought them to this particular point. We asked Donnelly about starring in High School Musical: The Musical: The Series alongside recent addition to the Zombies franchise (a good friend of both of them), Matt Cornett. We then asked Donnelly about The Winchesters, the anticipated prequel to the long-running Supernatural. Lastly, Manheim spoke about working on Prom Pact, and he mentioned how it led him to a role as the love interest in the upcoming season of Doogie Kamealoha opposite Peyton Elizabeth Lee.