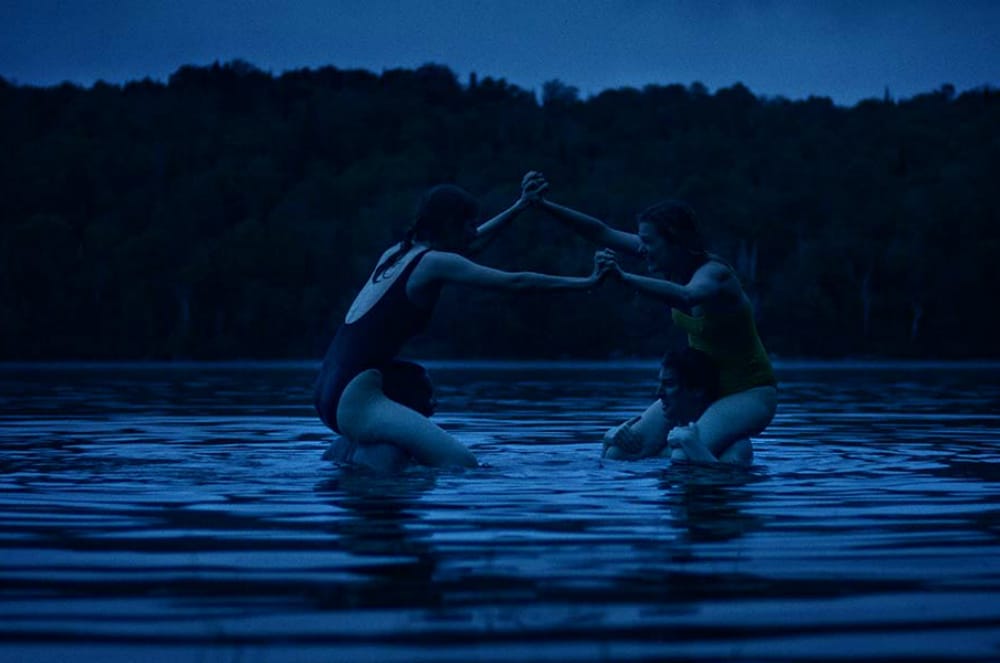 For all its grand images of nature, we notice the minutia in Violation, the debut feature from writer-directors Dusty Mancinelli and Madeleine Sims-Fewer. It’s those small gestures, glances, and turns of phrase—subtle or not—that steer the film into darker directions and lead us to significantly bigger actions. I won’t spoil the specifics here, but the film’s opening metaphor of a wolf gnawing on a rabbit insinuates a lot.

It’s that dance between subtle and obvious that gives Violation its shape. With steps back and forth in time, we assemble the particulars: Miriam (Sims-Fewer) and Greta (Anna Maguire) are somewhat estranged sisters, visiting each other with their partners Caleb (Obi Abili) and Dylan (Jesse LaVercombe), respectively in tow. Everyone gets along, but there are notes of tension drawn between them. The star here is Sims-Fewer’s Miriam, whose problems with her own marriage seem to have spilled into her dealings with her sister and her marriage; that’s Miriam’s justification for what follows, in any case. The film twists (and is twisted) from there depending on which perspective the viewer takes: are you the wolf or the rabbit?

When it’s not living up to the terms of its title, Violation captures something intense about relationships and the work that goes into maintaining them. What’s more, it grasps who specifically—or typically—does that work. That’s not the most memorable part of this film though, tilting as it does so far into darkness it eventually consumes itself.

Violation will be available on digital.tiff.net on March 19